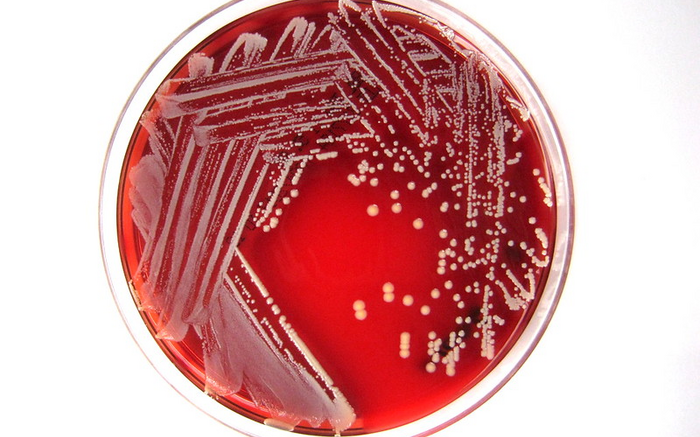 Staphylococcus lugdunensis is a coagulase-negative staphylococci (CoNS) commonly found on human skin. While most CoNS bacteria are typically considered clinically harmless, recent studies have shown S. lugdunensis can be as virulent as S. aureus–another important disease-causing bacterium. Like S. aureus, S. lugdunensis is associated with skin and soft tissue infections and is being increasingly seen as a major cause of periprosthetic joint infections, especially when metals are used for making prosthetic devices. These infections usually require prolonged antimicrobial treatment to overcome the source infection.

For their analysis, the researchers sourced data on S. Lugdunensis isolates for the period between 2015 and 2020 from the tertiary pediatric center at NHS Glasgow and Clyde. These isolates had all been identified using Matrix-Assisted Laser Desorption Ionization and Time Of Flight Mass Spectroscopy (MALDI-TOF-MS).

"2015 was when the local microbiology lab first used MALDI-TOF-MS technology. Compared to previous biochemical methods, MALDI-TOF-MS has greatly increased the accuracy of identification of CoNS bacteria," says Bowman. S. lugdunensis displays high colonization–it grows rapidly on the host without any clinical expression or symptoms–and this was why it was necessary to accurately identify the samples for clinical infection, not colonization, explained Dr. Bowman.

The researchers found that a large number (around 68%) of the S. lugdunensis isolates were sourced from a skin infection. Interestingly, although their numbers were small, there were infections whose source could be traced to the central nervous system (CNS). Describing the connection between S. lugdunensis infections and the CNS, Bowman explains, "CNS infections appear to be a significant source of S. lugdunensis–in our analysis, all three isolates cultured from cerebrospinal fluid were from cases managed as infections."

Importantly, each of these three cases was linked to infection in a ventriculoperitoneal (VP) shunt—a surgically inserted cerebral shunt used to treat hydrocephalus by draining excess cerebrospinal fluid. The team did not identify any cases of endocarditis with infective S. lugdunensis, and flucloxacillin resistance was identified in about 19% of S. lugdunensis isolates.

Their results confirm that flucloxacillin can be used locally and is suitable as a first-line antimicrobial in non-critical situations. So where does the team go from here? The researchers believe they have laid the foundation for work that aims to understand the mechanisms underpinning S. lugdunensis resistance, and the role of the bacterium in CNS infections.

"We've been able to identify some of the possible risk factors like age, significant musculoskeletal medical history, and VP shunt placement that are driving infections in pediatric settings," concludes Bowman.