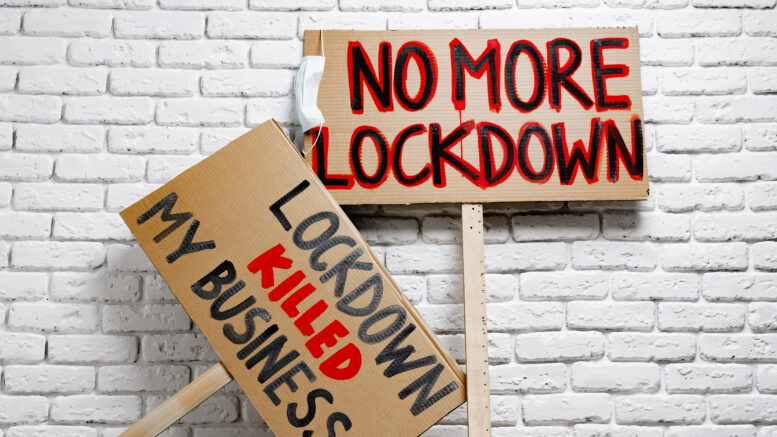 A new University of Michigan-led study shows the early lockdowns implemented in the first six months of the COVID-19 pandemic saved lives––but the decision to use lockdowns is much more nuanced and the research shouldn't be used to justify lockdowns now or to retroactively endorse that approach, said health economist Olga Yakusheva, associate professor at the U-M School of Nursing.

This is because many of the people saved were high-risk older adults with multiple illnesses and fewer healthy years left to live, while those most impacted by the economy were younger people in service jobs and other lower-paying occupations who found themselves without employer-provided health insurance and, in many cases, unable to pay for healthcare or even life-saving medications. A quality adjusted life year is one year of life in perfect health.

The study, published in PLOS One, should not be used to justify more lockdown measures, Yakusheva said. Nor is it a retroactive endorsement of the strict economic lockdown approach the U.S. imposed during the first six months of the pandemic.

"We evaluated the full packet of public health measures as it was implemented in the beginning of the pandemic, but lesser mitigation measures may have worked just as well to reduce lives lost," Yakusheva said. "The fact is, we just will never know. At the time, we had to work with the information that we had. We knew the pandemic was deadly, and we did not have therapeutics or a vaccine."

The situation has changed dramatically since the pandemic began, and we have more tools to battle the virus, Yakusheva said. Vaccines and therapeutics are available, as are other mitigation measures.

This is the first known paper to measure the effect of pandemic lockdown mitigation measures on lives saved and lost, as opposed to typical economic evaluations, which examine the cost per life saved, she said.

"This is tough for people to agree upon. Typically, people are in one of two camps—pragmatics who worry about the economy and ethicists who say any amount of money is worth saving a life," Yakusheva said. "Some value loved ones more, or their own lives. It's very subjective.

"What we did was look at empirical correlations between loss of income and mortality, and created a range of estimates on how many people could be expected to die as a result of the downturn, which is essentially the estimated collateral damage of the public health measures. What our analysis did was to allow us an apples-to-apples comparison of lives saved vs. lives lost."

There are important study limitations. Chief among them are that some answers to major questions were unobserved––for instance, how many lives would have been lost had COVID-19 been unmitigated. In other words, if it had just run its course with no public health measures in place.

The team estimated that number based on published literature, and the accuracy of that literature, or the public's behavior, could lead to an over or underestimate. Also, all of the human toll of the lockdown won't be seen immediately. For example, the health toll could manifest later as disease progression because someone who was unemployed couldn't buy medications.

"We tried to be very careful and produced a range of numbers of lives potentially saved and lost, and we hope the true numbers lie within those ranges," Yakusheva said.