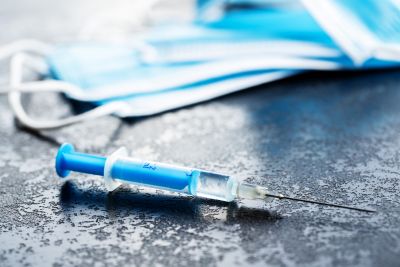 As vaccination picks up steam around the globe, and the one-year anniversary of the declaration of a global pandemic passes, everyone just wants to move on.

Get back to normal.

Put it in the past.

Make it a part of history.

But that’s exactly what we shouldn’t do, say four medical historians from the University of Michigan.

Because, they say, that’s what happened after past pandemics and major epidemics, and it set the stage for more disease and death in future years. Including the one we’ve just lived through.

Every time humanity faces off against a microbe that kills or sickens many people, society learns a bit more about how science, medicine, society, politics and economics are all intertwined, they say. But the real trick is to not to repeat history.

Howard Markel, MD, PhD, director of the Center for the History of Medicine

Markel co-created the term “flatten the curve” to describe the goal of non-pharmaceutical efforts to slow the spread of epidemic diseases. He also wrote the 2005 book When Germs Travel to trace the history of several pandemics, and wrote a new introduction for the book’s 2021 reissuing in light of COVID-19.

His team’s research on past pandemics helped inform the stay-at-home orders, restrictions on public gatherings and mask mandates of the past year. He’s gratified it worked, but distressed that many areas lifted the orders too soon and allowed the disease to surge.

“We have to be on guard and fix the things that led to this pandemic,” says Markel. “This is the worst crisis of our lives, and the biggest collective experience since the Great Depression. If this doesn’t teach us once and for all to start preparing for pandemics in the modern world, where an outbreak anywhere can go everywhere, I don’t know what will.”

He stresses how the pandemic has shown that the public health infrastructure needs strengthening.

“I have a firehouse two blocks from where I live, and I have never called it. But I pay my taxes and I’m glad it’s there in case we do need it. That’s what we have to be doing with public health at the local, state, national and international level.”

Another lesson of COVID-19 is how longstanding social and economic factors play a role in creating higher risk of illness and death. But this is not new – it was recognized nearly 200 years ago during typhus outbreaks in London.

“And now we have a different pandemic and what a surprise, the poor are more affected than the wealthy,” he adds. “But what I fear is that like pandemics and epidemics past, the last act of this one will be amnesia, and going back to life like it was.”

Several aspects of COVID-19 resemble prior epidemics, says Kazanjian. Decades into his career as an infectious disease physician, he earned his doctorate in history studying the work of late-19th century “microbe hunter” Frederick Novy, MD, and has traced the history of the HIV/AIDS epidemic starting in the 1980s.

“The magnitude of the number of people infected globally is on the same scale as Black Death and 1918 flu, although there have not been as many deaths as either of those pandemics since the mortality rate is lower than either of those diseases,” he says. “Fear of disease is also a common trope in all those diseases. A surge of infection that overwhelms capacity is similar with 1918 flu, as is the government downplaying of infection that led to a lack of concerted, centralized guidelines, and the loneliness of social isolation.”

He notes that in 1918, sales of phonographs to allow the playing of music during isolation was portrayed as a means to keep people entertained. Today, the internet has done the same.

Kazanjian marks similarities between the current global response to the pandemic and the way AIDS and syphilis were handled in the past, with biomedical treatments being preferentially allocated to wealthy groups, resulting in uneven disease distribution that accentuated underlying social and racial disparities. The early years of the AIDS pandemic also included great mistrust in science and government by those most affected, but that distrust was fed during COVID-19 by disinformation on social media, he says.

And while Kazanjian has been surprised by both the speed of vaccine development and the number of people who prioritized individual liberty at the expense of the public good, he says “I am not surprised by the differences in the adherence to social distancing guidelines by individual states, or the prioritization of economy over public health issues – that has been seen before.”

In fact, that’s what he hopes will change in future pandemics because of COVID-19.

“I hope we can follow scientific guidelines regarding vaccine uptake and social distancing recommendations, rather than the populist ideology of anti-science.”

Navarro’s work with Markel on the Influenza Archive, a research effort funded by the Centers for Disease Control and Prevention to study the response to the 1918 flu pandemic in cities nationwide, informs his reflections on the past year’s events.

In both cases, non-pharmaceutical interventions “had a major positive impact on the case count and death toll in those places that implemented them early, used multiple interventions, and kept them in place for as long as possible,” he says.

But while Navarro was pleasantly surprised by how well these approaches worked in many parts of the United States in spring 2020, despite highly politicized rhetoric regarding the pandemic, he was still shocked by how quickly things changed.

“Our public health system and laws are just not designed to meet a national, or international, public health crisis in an efficient way,” he says. “That was the case in 1918 as well. Back then, however, while there was pushback to the various measures, the responses were not really politicized.”

That led to the current pandemic being treated “as if it is really just a series of 50 separate state epidemics,” he says, and led to one of the world’s highest per capita death tolls from COVID-19 as well as highlighting the deep and long-running inequalities in our socioeconomic structure.

Like Markel, he hopes the COVID-19 pandemic experience will lead to better funding for the nation’s and world’s public health systems.

“When budgets are tight, public health spending is low-hanging fruit,” in many post-pandemic eras, he says. “That is, until a crisis suddenly pops up and we need to call on a robust infrastructure that has been allowed to crumble.”

The Influenza Archive is based in large part on research using the government reports and newspapers of 1918 and 1919 – but the voices of individuals were not captured in a similar way.

“What we don’t have, however, are a good set of oral histories from which to draw a picture of how everyday Americans experienced that deadly pandemic,” he says.

We can help future historians by capturing individual narratives of the COVID-19 era, Navarro notes. “What I would like to see preserved are the personal stories of everyday Americans who have lived through this crisis,” he says. “It is important that future historians be able to draw from the oral histories of a wide swath of Americans who experienced the pandemic firsthand.”

Joel Howell, MD, PhD, the Elizabeth Farrand Professor of the History of Medicine and director of the U-M Program in Society and Medicine

Like Kazanjian, Howell draws comparisons between COVID-19 and both the 1918 flu and the early AIDS era.

“The obvious, and most comparable, is the 1918 flu pandemic,” he says. “But there are lessons to be learned from comparisons as well to the onset of AIDS, especially in the ways that the epidemic was used to justify a set of political and moral beliefs.”

In the case of HIV/AIDS, that mainly related to views toward homosexuality, because of the early, devastating toll that the disease took on the gay community.

Howell, who has studied the history of the development and adoption of new medical technologies and guidelines, says, “The speed with which we developed a vaccine against COVID-19 is quite stunning, as is the apparent efficacy of the vaccine. Also surprising is the extent to which something as simple as wearing a mask came to have such intense political resonance.”

The restrictions on all but essential in-person medical care imposed in the first months of the current pandemic prompted Howell to team with U-M obstetrician Alex Peahl, MD, MSc, to write a history of prenatal care guidelines in late 2020.

That innovation – sparked by urgent necessity – prompted her and Howell to explore the evolution of guidance that had been in place since 1930: that pregnant women should have monthly prenatal visits with their providers until their pregnancy is in its 28th week, then twice-monthly visits until they reach 36 weeks, and then weekly visits until delivery.

Those guidelines came about because of growing evidence in the late 19th and early 20th century about the factors that caused pregnant women and infants to become ill or die.

But because of COVID-19, that 90-year-old plan of in-person-only care could change forever. And that could make evidence-based prenatal care more convenient and accessible for many pregnant people, and potentially impact outcomes for parents and babies.

Learning from our current moment in history will rely on preservation of knowledge, including the fleeting digital communications that have influenced the response so greatly, Howell says.

“This will not be the last pandemic. We need to be ready for the next one, which could be a lot worse.”