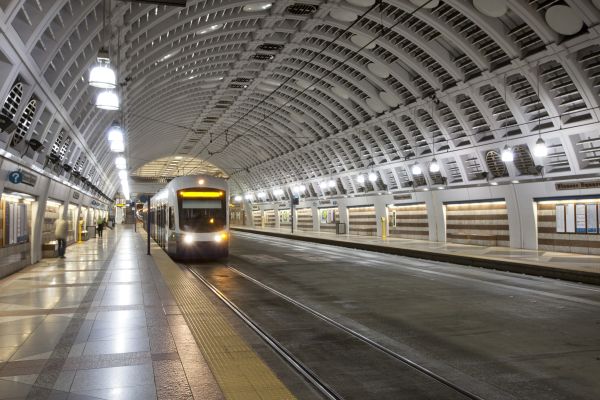 A survey of New York City’s bus and subway workers finds that 24 percent report having contracted COVID-19 and 90 percent fear getting sick at work. The pilot study, conducted by researchers at NYU School of Global Public Health, in coordination with the Transport Workers Union (TWU) Local 100, helps document the toll the pandemic has taken on the physical and mental health of essential workers.

As New York City became an early U.S. epicenter of the COVID-19 pandemic, shuttering businesses and schools in March, the Metropolitan Transportation Authority (MTA) largely continued service to ensure that healthcare workers, grocery and delivery workers, and other essential employees could continue to get to work. After a sharp decline in transit ridership this spring, it slowly increased over the summer, but as of early October, subway ridership is still down roughly 70 percent compared to the same time last year.

Throughout the pandemic, transit workers have reported to work to help New Yorkers get where they need to go, but given their frequent contact with the public and limited space in crew rooms, workers are at increased risk for contracting COVID-19. It was reported that thousands of transit workers were infected and more than 90 TWU Local 100 members died; in total, over 130 MTA workers have lost their lives due to COVID-19.

“Through gaining a deeper understanding of how COVID-19 has impacted transit workers’ health and quality of life, we can determine how to best support them and protect them moving forward,” said Robyn Gershon, clinical professor of epidemiology at NYU School of Global Public Health, who leads the research project.

In August, Gershon and her colleagues sent surveys to a convenience sample of transit workers, asking them to anonymously share their personal experiences with COVID-19 and how the pandemic has affected their job and quality of life. They received responses from 645 transit workers.

Nearly a quarter (24 percent) reported having had COVID-19. While the survey captured self-reports, not antibody tests, this figure is greater than what New York State reported in May when it found that 14.2 percent of transit workers had COVID-19 antibodies and suggests that workers may have continued to contract the virus into the late spring and summer. In addition, 76 percent of transit workers personally knew a coworker who died from COVID-19.

The survey also revealed that nearly all (90 percent) transit workers are concerned about getting sick at work and more than 70 percent are fearful for their safety at work. Their safety concerns are centered on dealing with angry or violent passengers when enforcing mask wearing.

“Our findings on workers’ anxiety are concerning, given that we conducted the survey in August, months after the peak of the pandemic in New York City,” said Gershon.

Despite the virus’s devastating impact on New York City and transit workers, less than a third (30 percent) plan to get a COVID-19 vaccine when it becomes available, while 38 percent are not sure and 32 percent would not take it. The main reason for their uncertainty or not getting vaccinated was the lack of trust in a vaccine’s safety.

Based on these findings, the researchers recommend that the MTA not only continue offering testing—both virus and antibody—to workers, but expand it to better identify and isolate workers who may have the virus but do not show symptoms. This has also been recommended by TWU’s leaders. In addition to expanded screening, the researchers recommend that the MTA continue making personal protective equipment readily available. They also see an opportunity to support the wellbeing of transit workers through providing workplace mental health services.

“As a researcher who studied the aftermath of the 9/11 attacks on workers in the World Trade Center, I saw that services that supported employee mental health made a difference,” said Gershon. “Some employers brought mental health professionals into the workplace for drop-in sessions, held bereavement groups, and hosted memorials to remember employees lost in the attacks. The workplaces that invested in these services—that recognized the loss of life and didn’t diminish it—fared much better than those who did not.”