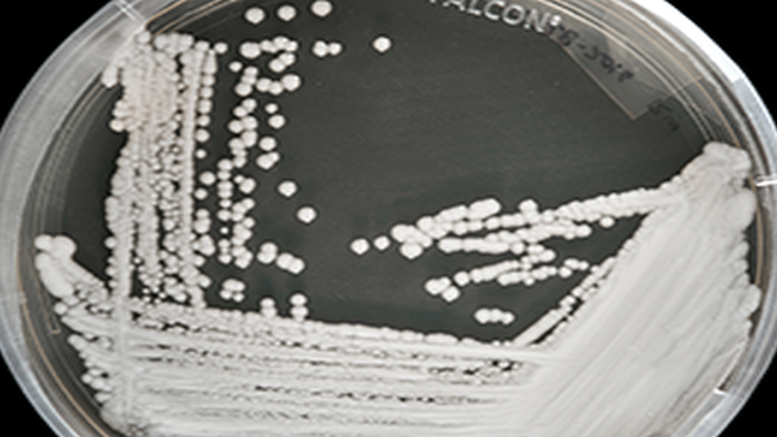 A team of researchers from Case Western Reserve University has discovered a formulation of existing medicines that can significantly reduce the presence of the fungus Candida auris (C. auris) on skin, controlling its spread and potentially keeping it from forming infections that have a high mortality rate.

By using a proprietary formulation of topical medications terbinafine or clotrimazole, researchers prevented the growth and spread of the fungus on the skin of a host; the findings appear in the most recent issue of the journal Antimicrobial Agents and Chemotherapy.

"It's a very difficult fungus to kill because it is highly resistant and opportunistic--generally taking hold in those whose immune systems are already battling other threats," said Mahmoud Ghannoum, who led the research as director of the Center for Medical Mycology at the Case Western Reserve School of Medicine and University Hospitals Cleveland Medical Center. "It's promising that we were able to decolonize--get rid of the fungus from the skin--with a unique formulation of medicines that have already been approved and are available."

The Centers for Disease Control (CDC) has identified the fungus as a serious threat to public health because of its resistance to treatment by existing drugs. The fungus was first found in Japan in 2009 and has since been detected in India, the United States and other countries. The mortality rate from infection is about 60%, according previously published research.

C. auris infections often occur in hospitals--with the fungus living undetected, even on the skin of recovering patients, as well as clothing, bedding and other surfaces. Many who get infected are immunocompromised, including patients on antibiotics, which can suppress the presence of good bacteria to help fight the fungus.

Identifying the fungus and diagnosing the infections it causes have been difficult. But emerging molecular-testing methods that can definitively detect the organism are becoming more widespread, Ghannoum said.

"Our results could prove to be one leg of the stool in stopping this unique threat," he said. "While there are many types of bacteria resistant to medicines, C. auris stands alone in this respect among fungi--creating significant challenges for treatment or eradication where it's taken hold."

In this study, researchers tested the proprietary formulation of medicines--a novel transdermal mixture of 1% terbinafine or 1% clotrimazole created with an emerging method known as "Advanced Penetration Technology"--on the skin of mice. Researchers are next seeking approval to test the blend of medications on human volunteers.

"As the only fungus that is multidrug resistant, we still have a lot to learn, especially in how widespread C. auris is in our health care settings," said Ghannoum, who is also the Marti D. and Jeffrey S. Davis Family Master Clinician in Cancer Innovation. "We feel encouraged that our findings are a piece of the puzzle in solving this serious health threat worldwide."

Co-authors of the research, "A Novel Transdermal Application for Clearing Skin Colonization by Candida auris," are Thomas McCormick, associate professor in the Department of Dermatology at Case Western Reserve School of Medicine and University Hospitals Cleveland Medical Center (UH); Lisa Long, a research assistant at the CWRU School of Medicine; and Janet L. Herrada, a research assistant at Case Western Reserve and UH.

The study was supported by a grant from the National Institutes of Health and funding from private companies.