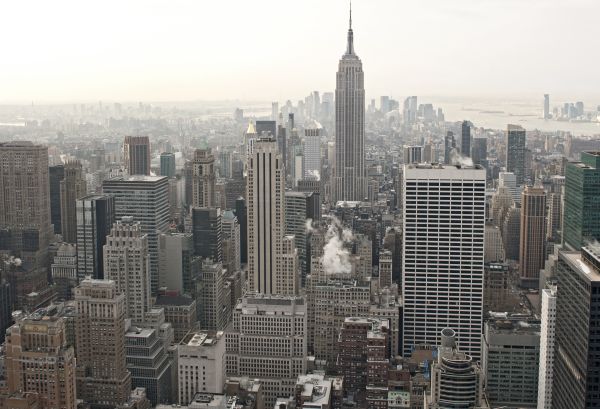 A new SARS-CoV-2 lineage that shares worrisome similarities with other recent variants of concern is on the rise in New York City, according to a study by scientists at Columbia University Vagelos College of Physicians and Surgeons.

The study, which has not been peer reviewed, appeared online in medRxiv on Feb. 25.

So far, more than 80 cases of the home-grown variant have been identified in patients across the tri-state area, including Connecticut and Westchester County.

The prevalence of the new variant—called B.1.526—has been steadily increasing since it first appeared in samples collected in Nov. 2020. In Jan. 2021, B.1.526 represented about 3% of samples analyzed by the researchers, rising to 12.3% by mid-February. The cases they found are scattered throughout the New York City area.

The researchers also searched publicly available databases and found COVID-19 cases caused by B.1.526 and closely related strains are emerging predominantly in the northeastern United States, as suggested by other researchers in a study recently posted to bioRxiv.

“It's not just one cluster, which means the lineage is probably spreading widely through the region,” says Anne-Catrin Uhlemann, MD, PhD, associate professor of medicine in the Division of Infectious Diseases, who led the study with David Ho, MD, director of the Aaron Diamond AIDS Research Center and the Clyde ‘56 and Helen Wu Professor of Medicine.

The researchers started to look for key mutations found in variants of concern in the New York City region in January and have analyzed over 1,100 samples. “Initially, we thought we’d find a lot of the other known lineages,” Uhlemann says. Though a couple variants, originally identified in South Africa and Brazil, were detected, “we didn’t find the high numbers we expected. Instead we found high numbers of this home-grown lineage,” she says.

The impact of the new B.1.526 variant on transmissibility, disease severity, and risk of reinfection is not yet known.

Of prime concern is a change in one area of the virus’s spike protein, called E484K, that is present in all three variants. The E484K mutation is believed to weaken the body’s immune response to the virus.

A recent study by Ho found antibodies from vaccinated people are less effective at neutralizing the B.1.351 virus—and that the effect is primarily caused by the E484K mutation.

The E484K mutation is also responsible, he found, for the drop in effectiveness of certain monoclonal antibody treatments against the B.1.351 variant.

Variants with the E484K mutation may also cause reinfection in people who were infected previously with earlier variants of the virus. In the current report, one of the individuals infected with the new B.1.526 variant had a previously documented SARS-CoV-2 infection without the E484K mutation, and the researchers are currently working to determine the potential origins of this local lineage.

In the coming weeks, the scientists plan to ramp up sequencing efforts to around 100 samples per day to continue surveillance of the new variants, including B.1.526.

“We are also finding many cases of the B.1.1.7 variant, originally identified in the U.K, and it’s possible those cases will double—but it’s hard to know which variant will cause the biggest problem,” Uhlemann says. “Increasing our genomic sequencing effort will help us better understand the impact of the new variant and keep our eyes open for new variants that may pop up in our area.”

The researchers also are working to culture the live variant to learn more about its vulnerability to vaccines and monoclonal antibody treatments, and its potential for reinfection.

“The rise of these variants shows that we may be chasing after SARS-CoV-2 for some time,” Ho says. “Unfortunately, this pandemic may not go away so easily with the advent of the vaccines.”

“It’s worrying that in the New York City region, case numbers don’t seem to be declining as rapidly as in other areas of the country,” Uhlemann says, “Physical distancing and masks will slow the spread of all variants, and we need to double down on those efforts.”

The paper, titled "A Novel SARS-CoV-2 Variant of Concern, B.1.526, Identified in New York(link is external and opens in a new window)," appeared online Feb. 25 on medRxiv.