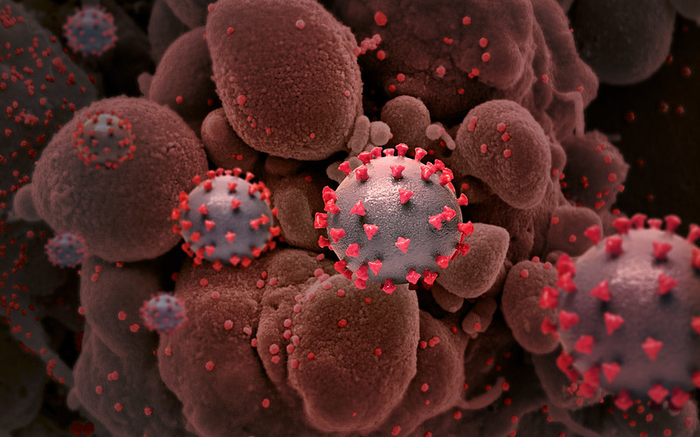 Scientists at La Jolla Institute for Immunology (LJI) have published the first analysis of how four types of COVID-19 vaccines prepare the body to fight SARS-CoV-2. Their in-depth look at how T cells, B cells, antibody levels shift in the six months following vaccination is critical for understanding of how to protect people in the ongoing pandemic.

The new investigation, published in Cell, is the first study in history to compare how three different vaccine platforms trigger an immune response against the same pathogen.

The researchers studied human immune responses to an mRNA platform (Pfizer-BioNTech and Moderna vaccines), a recombinant protein-based adjuvanted vaccine platform (Novavax), and a viral vector-based platform (Janssen/J&J). All four vaccines in this study were designed to prepare the immune system to fight the same target, called the SARS-CoV-2 Spike protein.

“We aren’t giving a vaccine scorecard,” says LJI research assistant professor Daniela Weiskopf, PhD, who co-led the study with Sette and LJI professor Shane Crotty, PhD. “This kind of side-by-side analysis has never been done before with people who received different vaccines at the same time—in a real life setting. Just understanding the immune responses to these vaccines will help us integrate what is successful into vaccine designs going forward.”

“This is a very valuable, comprehensive immunological evaluation of these four different vaccines,” says Crotty.

The new study confirms that most people retain some immune response to SARS-CoV-2, regardless of which vaccine they receive. The researchers caution that this immune memory may not prevent infection, but it appears to help fight severe disease.

“Even if it is difficult to maintain a high level of neutralizing antibodies long term, the presence of a stable cellular immunity shows that the immune system can be reactivated very quickly, in a matter of days, if there is an infection,” says Sette.

This research was possible thanks to the efforts of LJI’s recently opened John and Susan Major Center for Clinical Investigation. The center staff and scientists drew blood from local volunteers and processed many samples sent by study collaborators. The study leaders then worked with these samples to compare the four vaccines.

“LJI is a great place for collaboration in science,” adds Crotty. “We were doing fifteen kinds of immune system measurements, and there are very few places that can handle that kind of complexity and have that kind of expertise.”

“With this study, we have the same people, in the same lab, using the same tests to study immune responses,” says Weiskopf.

Going forward, the researchers are interested in the effects of COVID-19 vaccine booster shots on long-term immune memory. The scientists are also keeping a close eye on immune cell responses to SARS-CoV-2 variants and are currently analyzing immune responses in people who were vaccinated and experienced “breakthrough” infections.