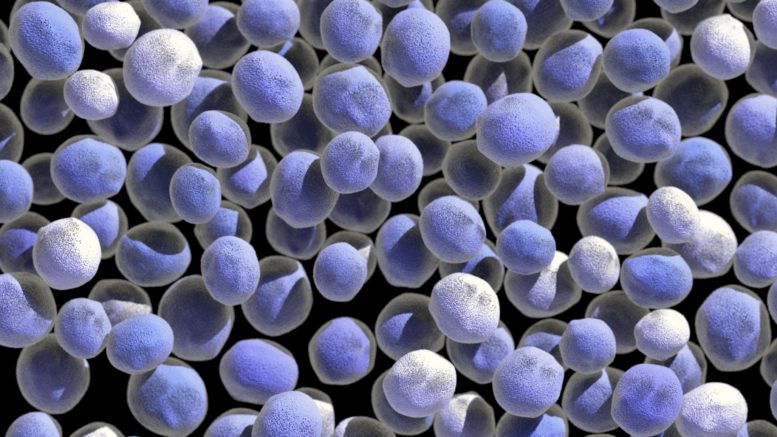 The human immune system uses two pre-programmed strategies to tackle infection. One is fever, a resistance mechanism that tries to eliminate a pathogen by raising the body's temperature. The other works in the opposite direction, cooling the body down in a controlled manner to permit temporary tolerance of the invader while protecting organs and systems. These two mechanisms act as alternatives according to the intensity of the attack and the overall state of the patient's health.

This innovative concept was recently presented by two researchers in the journal Trends in Endocrinology and Metabolism, published by Cell Press. The article proposes a combination of the two defense strategies to study and treat sepsis, a systemic inflammation usually triggered by a localized infection that spirals out of control. Sepsis is the main cause of death in Brazilian intensive care units (ICUs).

The study, which was supported by São Paulo Research Foundation - FAPESP, was conducted by Alexandre Steiner, a professor in the Immunology Department of the University of São Paulo's Biomedical Science Institute (ICB-USP) in Brazil, and Andrej Romanovsky, head of the Thermoregulation and Systemic Inflammation Laboratory (FeverLab) at St. Joseph's Hospital and Medical Center in Phoenix.

In the 1970s, researchers in the field of physiology developed what they called "fever theory," according to which a rise in body temperature was a key factor in the host defense strategy. "Fever was no longer considered part of the disease, but as part of the body's defense," Steiner said.

In the past two decades, studies with rats have also shown that when an infection becomes acute the host develops hypothermia instead of fever. "We observed the same phenomenon in septic patients admitted to ICUs, for example," Steiner said.

Hypothermia was initially seen as a process of dysregulation: the organism was dying and as its systems failed it became unable to maintain body temperature. Not until the 1990s did scientists succeed in analyzing the metabolic and thermoregulatory profile of patients with hypothermia, developing the theory that hypothermia was not a consequence of dysregulation but a deliberate and controlled defense mechanism.

In the early 2000s, Steiner performed experiments with rats to study thermal preference behavior, seeking to understand hypothermia: whether the organism actively pursues a cooler state and in what circumstances.

"This study showed that in less severe conditions the animals sought a warmer environment and developed fever, whereas when the inflammatory process became severe they preferred a cooler environment and were prone to hypothermia," he said.

If an animal seeks a cool environment, it is actively developing hypothermia, according to Steiner, who believes the process involves elements of the central nervous system that slow down the metabolism and produce a controlled fall in body temperature.

Fever, on the other hand, requires a significant expenditure of energy to maintain a high temperature and may also exacerbate oxidative stress, an imbalance between the production of oxidizing compounds and the action of anti-oxidant defense systems, impairing tissue homeostasis.

"The hypothesis was raised that hypothermia ensues when the metabolic costs of fever exceed the benefits, either because the immune challenge is too strong or because physical debilitation occurs. A regulated hypothermic response could act as a support for a state of immune tolerance in which the organism lives with the pathogen, 'switching off' non-essential systems and defending systems without which it can't survive," Steiner said.

In experiments performed between 2008 and 2012, Steiner detected a lower death rate among animals that resorted to hypothermia as a strategy to combat severe bacterial infection than among animals in which hypothermia was blocked. "This finding led us to the conclusion that hypothermia plays a beneficial role in animal physiology," he said.

Meanwhile, research in the field of immunology highlighted the phenomenon of immune system activation with the primary aim of killing a pathogen. A shift away from this scientific paradigm began about ten years ago, when scientists discovered that some animals develop a different strategy consisting of activation of a defense mechanism that enables them to tolerate the invader temporarily.

In the article published in Trends in Endocrinology and Metabolism, Steiner and Romanovsky advocate an approach to the human organism's defense system from the perspective of the dichotomies between fever and hypothermia - mechanisms studied by physiology - and between disease resistance and tolerance, which pertain to immunology. Thus they suggest a combination of these two knowledge areas that can see beyond the immune system in dealing with infection.

"It's a dynamic mechanism in which the organism switches between one strategy and the other. The immune system and the physiological system don't just take one line of defense and stick with it, especially in severe conditions like sepsis," Steiner said.

Besides the experiments with rats, Steiner and his team also studied a group of 50 septic patients treated at the University of São Paulo's teaching hospital (HU-USP). "We looked for a sub-group of patients who had hypothermia similar to the kind associated with the tolerance mechanism, which is characterized by being transitory and self-limiting. To our surprise, 97% of the 50 patients studied matched this profile," Steiner said. Their body temperature fell by at most 2.0 °C - 2.5 °C.

The patients' condition switched naturally between resistance to fever and hypothermia, possibly associated with tolerance. The shifts occurred as a response of the organism, without being induced by medication or cooling and warming techniques.

According to Steiner, the main evidence that the process does not consist merely of body dysregulation is that most of the 25 patients who eventually died had been feverish in the 12 hours prior to death. "If hypothermia were the result of organ dysfunction and failure, we would have observed more hypothermia in these 12 hours preceding death," he said.

The studies conducted by Steiner were supported by FAPESP via a Young Investigator Grant, a Regular Research Grant, and a Thematic Project Grant.

The most immediate implication of the results obtained to date is a review of the treatment for sepsis. "Severe infections are currently approached one-dimensionally: the immune system is there either to kill the pathogen or to cause problems for the patient, in case it over-reacts or fails to succeed," Steiner said. "The new findings enable us to think about possible therapies and more personalized treatments based on an analysis showing whether the patient could benefit more from a fever/resistance strategy or a hypothermia/tolerance strategy."

Steiner and his group are now planning to test the theory put forward in the article by applying it in specific situations such as infection by fungi, viruses and bacteria. Another line of research will be to evaluate the influence of obesity in defense strategies against infection.