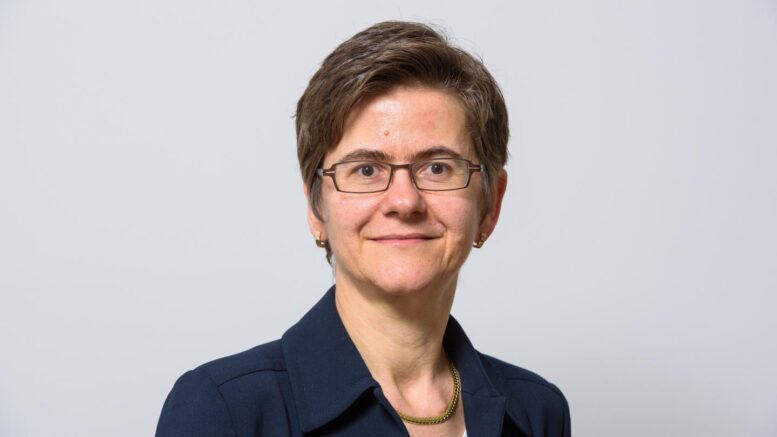 Considerable international interest was generated at the beginning of June when Martina Sester, professor of immunology at Saarland University, published a preprint of her research into mixing different types of COVID-19 vaccines. After a rigorous peer review process, the results of the study have now been published in the journal Nature Medicine. The results have also been picked up by Germany's Standing Committee on Vaccination (STIKO), which is now recommending a combination vaccination for adults including those over the age of 60. The research team led by Sester found that people who receive the vaccine from AstraZeneca as their first dose and the BioNTech vaccine as their second shot show a significantly stronger immune response than those who receive the AstraZeneca vaccine on both occasions.

The study aimed to determine the strength of the immune response in 216 individuals two weeks after they had completed their vaccination series. The subjects were all vaccinated during the spring months by the occupational medical officer at Saarland University Medical Center in Homburg. Part of the study cohort were given either two doses of the AstraZeneca vaccine or two doses of the BioNTech/Pfizer vaccine; the remainder of the subjects were given one dose of each vaccine nine to 12 weeks apart in what is known as a heterologous prime-boost vaccination (also referred to as a 'mix-and-match' vaccination). A few other members of the test cohort were given two doses of the Moderna vaccine or a combination of the AstraZeneca and Moderna vaccines.

"Back in March the Standing Committee on Vaccination had to recommend heterologous vaccination regimens without having the associated clinical trial data to hand, so there was an urgent need for analyses like this one from our lab," says Sester. "In addition to examining how many coronavirus antibodies the vaccinated subjects produced, we also determined the effectiveness of the neutralizing antibodies. This gives us an idea of how good the antibodies are at defending a cell from infection with the virus."

"When we looked at the neutralizing antibodies, we found that the combination strategy actually yielded a slightly better result than that achieved with a double dose of BioNTech," says Sester, whose research team also had a look at two different types of T cells -- white blood cells that play important roles in the body's immune system. The helper T cells have a number of functions, including activating the production of antibodies. The role of the killer T cells is to destroy those cells that have become infected with the virus. Killer T cells are particularly important in preventing serious COVID-19 illness and hospitalization.

Both the AstraZeneca/BioNTech vaccine combination and the double BioNTech vaccination were substantially more effective in producing both types of T cells. The production of killer T cells was most pronounced in subjects who had received the heterologous vaccination, mirroring the findings for the neutralizing antibodies.

"This provides quite striking evidence that a double dose of the AstraZeneca vaccine is not able to mobilize the body's immune responses as strongly as the other two vaccination regimens," says Sester. "However, this does not mean that people who have received a double dose of AstraZeneca have an insufficient level of protection against the virus. The clinical trials and the success of the vaccination campaigns in other countries show the high level of effectiveness of the AstraZeneca vaccine. But it does indicate that a second dose of AstraZeneca is not able to trigger the full potential that is actually present in this vaccine."

The research team was surprised at just how clear-cut the results are.

"This is why we wanted to share these findings with the wider public at the earliest opportunity, rather than waiting for the full academic peer-review process to finish," Sester emphasizes.

Before publishing their findings, the researchers also evaluated their data in terms of the gender and age of the participants, and sought to determine which vaccine combination produced the most side effects.

"We're now examining whether a mix-and-match approach should be adopted when giving a third booster shot to people who are immunocompromised. These are individuals with pre-existing medical conditions whose immune defences have been weakened, often as a result of taking certain medications, and who would potentially benefit from a booster shot to develop the broadest possible immune response," she says.