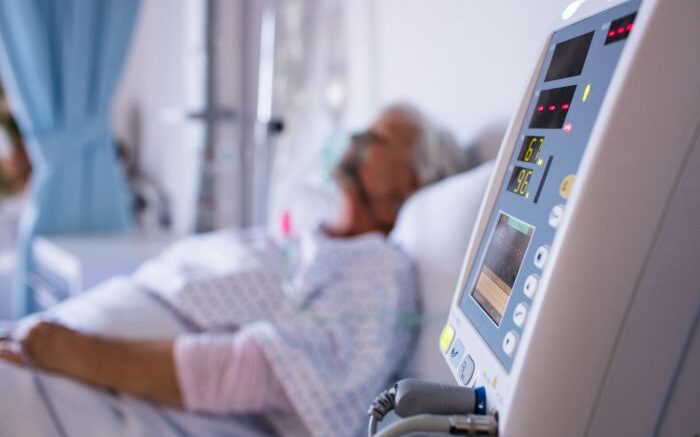 Mount Sinai researchers have delineated four new subgroups of COVID-19 that can be identified in patients within 24 hours of admission to the intensive care unit (ICU). The finding will help match patients to specific treatments, improving their overall care and outcomes.

The study, which identified subphenotypes, or subgroups, of COVID-19 based on biomarkers and treatments measured over time, was published in the Journal of the American Medical Informatics Association on November 23.

Mount Sinai researchers used sequence clustering analysis, a new data mining technique that can detect patterns of disease progression, to identify clinical subphenotypes in severely ill COVID-19 patients that had distinct temporal patterns during the first 24 hours and different clinical outcomes at 30 days. These temporal characteristics are apparent only when multiple features are considered over a period of time.

“While patients hospitalized with COVID-19 may have similar baseline characteristics, their clinical trajectories and health outcomes over time may be vastly different,” said corresponding author Girish N. Nadkarni, MD, chief of the Division of Data-Driven and Digital Medicine, co-director of the Mount Sinai Clinical Intelligence Center, clinical director of the Hasso Plattner Institute for Digital Health, and the Irene and Dr. Arthur M. Fishberg Professor of Medicine, Icahn School of Medicine at Mount Sinai. “Our study demonstrates the importance of revealing temporal similarities of diseases to identify reproducible and clinically relevant subphenotypes and suggests further exploration of the temporal progressions of these clinical features is warranted.”

The Mount Sinai team analyzed data for more than 1,000 critically ill patients with confirmed infection with SARS-CoV-2, the virus that causes COVID-19, who were admitted to the ICU. They transformed 10 biomarkers and seven treatments during the first 24 hours of the ICU admission into a sequence consisting of 16 non-overlapping interval slots, each 1.5 hours long and characterized as one of 10 distinct statuses.

Subphenotype I included patients with irregular vital signs but less need for invasive interventions within the first 24 hours. Patients in this group tended to have the highest probability of survival.
Subphenotype II represented patients with the least degree of ailments, relatively low mortality, and the highest probability of discharge from the hospital. Patients in this group were younger, more likely to be Black, less likely to need mechanical ventilation, and most likely to leave the hospital at 30 days.
Subphenotype III represented patients who experienced clinical deterioration during the first 24 hours that led to poor outcomes. Patients in this group tended to be older, were more likely male, had the highest incidence of shock at admission, and also had the highest requirement for support with shock treatment and mechanical ventilation.
Subphenotype IV represented an acute respiratory distress syndrome trajectory with an almost universal need for mechanical ventilation. This group had a relatively larger proportion of Latino patients and a high prevalence of respiratory failure; more than half were mechanically ventilated at the time of admission.

“COVID-19 has been studied extensively, yet we still have a limited understanding of effective clinical care for critically ill patients with COVID-19,” said Wonsuk Oh, PhD, a postdoctoral fellow in the Nadkarni Lab at Icahn Mount Sinai and a member of the Hasso Plattner Institute for Digital Health. “State-of-the-art machine learning methods enable us to reveal novel temporal subphenotypes from one-hour resolution medical records. These temporal subphenotypes provide new insights into patients’ underlying conditions and course of disease progression during the intensive care unit stay, and ultimately facilitate personalized clinical care of patients with an informed decision.”