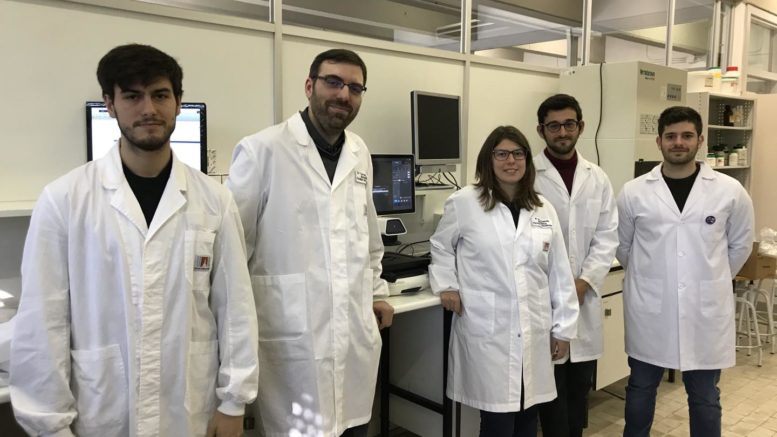 Marc Torrent research group at the Universitat Autonoma de Barcelona. Torrent is the second from left. (UAB) Courtesy of UAB

Infectious diseases are caused by pathogenic microorganisms capable of entering, colonising and growing within a host organism, thus producing an infection. Bacterial infections have been on the rise worldwide in recent years, but many mechanisms underlying bacterial pathogenesis are still poorly understood. This is highly relevant given the fact that the development of new antimicrobial therapies is largely based on current knowledge of the mechanisms behind these infections. The proteins coded by the bacterial genes are responsible for the thousands of biochemical processes essential for the efficient propagation of the pathogen. Many studies demonstrate, however, that in order to identify these genes, in vivo information is needed on what happens with the bacteria in a real case of an infected host. The in vitro studies, i.e., those recreated in laboratories with cell and bacterial cultures, later do not always correlate with data from in vivo studies. This is due to the fact that pathogenic bacterial genes essential for producing the infections depend on the environment of the colonised organism.

A team of researchers from the Department of Biochemistry and Molecular Biology of the Universitat Autònoma de Barcelona and from the Centre of Genomic Regulation (CRG) has created the BacFITBase database. Based on the results of the in vivo experiments, researchers systematically characterised the bacterial genes relevant for host cell invasion and infection. All the experiments performed were based on a technique named transposon mutagenesis, where the DNA fragments called transposons are transferred to the organism's pathogenic genes, thereby inactivating them.

By doing so, their role in the infection can be observed directly and researchers can determine which are essential for a specific host organism to become infected. Therefore, this database will make it easier to identify target proteins that can help in fighting infectious diseases and accelerate the development of new antimicrobial agents.

BacFITBase, published in the journal Nucleic Acids Research, was developed by researchers from the UAB Department of Biochemistry and Molecular Biology Javier Macho and Marc Torrent, alongside researchers from the Centre for Genomic Regulation (CRG) Benjamin Lang and Gian Gaetano Tartaglia.