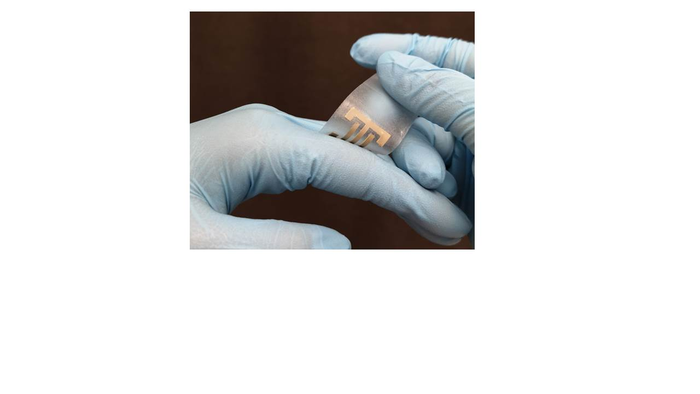 The Terasaki Institute for Biomedical Innovation has developed a flexible, printable ePatch which offers an unprecedented combination of optimum features for accelerated wound healing. Courtesy of TIBI

There are myriad ways in which people can experience physical wounds – from minor scrapes and abrasions to the effects of surgery, critical injuries, burns and other major traumas. The healing process for these wounds can also vary among individuals and may be adversely affected by underlying health conditions such as vascular insufficiencies, diabetes, obesity and advanced age. In severe cases, abnormal wound healing processes can result in chronic wounds, a condition which can dramatically affect mobility, quality of life and healthcare costs.

The normal wound healing process involves a complex series of four overlapping but distinct steps. During the initial steps, platelets from the blood control bleeding by signaling the formation of a protein matrix plug; they also generate molecules that will constrict blood vessels and mobilize other types of cells to the site. These additional cells kill pathogens in the wound area and trigger wound healing and blood vessel formation. In later steps, the protein matrix, blood vessel growth and connections are even further developed, and skin and other surface cells begin to migrate to the site. Together, the skin and protein matrix form granulation tissue to repair and close the wound. In the final step, blood vessel formation tapers and the granulation tissue continue to develop until it eventually becomes a scar.

Existing therapies for healing wounds include dressings, negative pressure bandages, growth factor-based and anti-inflammatory drugs, debridement, and ultrasound treatments. But even under the best conditions, the average time for complete wound closure is 12 weeks using these methods.

A more recent therapy that is being explored is electrical field (EF) stimulation; this method accelerates wound healing with limited side effects. Administering EF stimulation at the wound site activates the migration of skin and other granulation cells to the site, induces blood vessel formation and controls excessive inflammation. As a result, wearable EF stimulation devices have been devised which have shown improvements in wound healing times. However, the bulkiness and inflexibility of their conventional electrodes result in conformational incompatibility with the wound, which increases the potential for inflammation and prolonged healing. The fabrication of these electrodes also requires dedicated technologies.

A collaborative team from the Terasaki Institute for Biomedical Innovation has developed a ‘smart’ flexible electric patch (ePatch) which fully addresses the challenges posed by existing EF stimulation devices and offers many uniquely advantageous features.

The team first chose silver nanowires as electrodes, which not only provide antibacterial properties but also deliver high conductivity under strain. They next chose to embed the electrodes in alginate, a gelatinous substance which maintains good moisture levels and biocompatibility and is presently used in absorbent surgical dressings.

By a chemical modification of the alginate and the addition of calcium, they were able to produce a material that would increase electrode stability and function. By further adjustment of the silver nanowire/modified alginate ratio, they were able to obtain a flexible, precisely printable gel, or bio-ink, which would produce a patch with customizable conformity to various wound shapes and sizes. In addition, the calcium which was added to the mix induced cell proliferation and migration to the wound site, which in turn would promote blood vessel formation.

“By careful selection of the materials and optimization of our gel formulation, we were able to develop a multifunctional, easy to make, and cost-effective e-Patch which will greatly facilitate and accelerate wound healing,” said TIBI researcher Han-Jun Kim, PhD, DVM.

The beneficial qualities of the e-Patch which the TIBI team developed was validated by several sets of experiments. Mechanical tests demonstrated that the e-Patch exhibited improved electrode stability and conductivity, and strain tests results showed good tolerance, on a level needed for normal skin deformation.

Tests conducted on cells cultured on the e-Patch showed that e-Patches pulsed with EF stimulation exhibited significantly faster cellular proliferation, migration, aggregation and alignment, as well as an increased secretion of growth factors – all factors which contribute to faster wound healing.

Animal model studies on rats with open wounds were conducted and the results showed that significantly accelerated wound healing results were obtained with the e-Patch. Not only did the EF stimulated e-Patch exhibit more rapid progression of the wound-healing steps, but there was also a more directional healing process, resulting in minimal scarring, deposition of normal skin layers and hair growth following wound closure.

Other experiments confirmed the antibacterial properties of the silver nanowire electrodes used in the e-Patches and this property was shown to be independent of the amount of EF stimulation applied.

Still other experiments tested cellular adherence to the silicone component of the e-Patch, and it was found that the silicone provided an effective, non-stick surface for cells. This feature helps to ensure that there is less skin damage and excessive scarring.

“Our ePatch offers an unprecedented combination of optimum features for accelerated wound healing,” said TIBI director and CEO Ali Khademhosseini, PhD. “It is one of the many fine examples of the work that we do in our personalized biomaterials platform.”