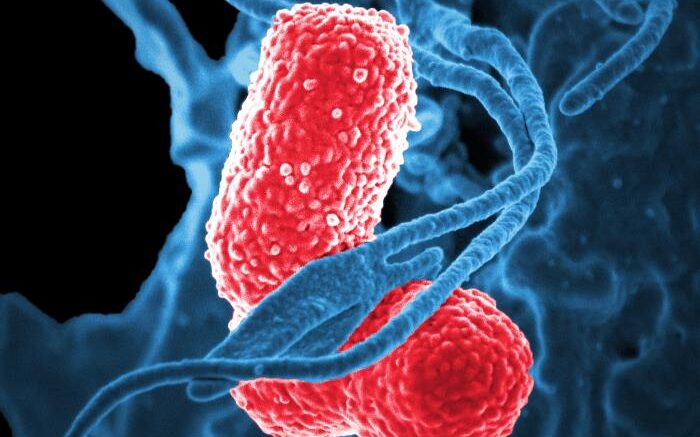 One possible transmission route for nosocomial pathogens is contaminated medical devices. Formation of biofilms can exacerbate the problem. Brunke, et al. (2022) report on a carbapenemase-producing Klebsiella pneumoniae that had caused an outbreak linked to contaminated duodenoscopes. To determine whether increased tolerance to disinfectants may have contributed to the outbreak, the researchers investigated the susceptibility of the outbreak strain to disinfectants commonly used for duodenoscope reprocessing. Disinfection efficacy was tested on planktonic bacteria and on biofilm.

Disinfectant efficacy testing was performed for planktonic bacteria according to EN standards 13727 and 14561 and for biofilm using the Bead Assay for Biofilms. Disinfection was defined as ≥ 5log10 reduction in recoverable colony forming units (CFU).

Biofilm of the K. pneumoniae outbreak strain was tolerant to standard disinfection during duodenoscope reprocessing. This study establishes for the first time a direct link between biofilm formation, increased tolerance to disinfectants, reprocessing failure of duodenoscopes and nosocomial transmission of carbapenem-resistant K. pneumoniae.