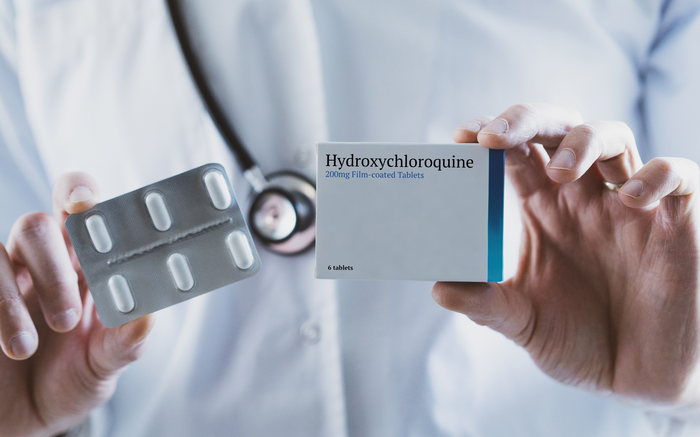 In 2021, in the U.S. alone, there have been more than 560,000 prescriptions of hydroxychloroquine. Last year, the 890,000 prescriptions were nine-fold greater than the previous years. Courtesy of Florida Atlantic University/Getty Images

In 2021, in the United States alone, there have been more than 560,000 prescriptions of hydroxychloroquine for the prevention, post-exposure and treatment of COVID-19. Since the onset in February 2020, the U.S. has been the epicenter of the pandemic and remains the world leader in cases and deaths. Last year, the 890,000 prescriptions for hydroxychloroquine were nine-fold greater than the previous years, leading to major shortages for the approved indications of autoimmune disease predominantly in younger women.

In a commentary published in the American Journal of Medicine, researchers from Florida Atlantic University’s Schmidt College of Medicine and collaborators review the recent major randomized, double-blind placebo-controlled trials and present an updated meta-analysis of hydroxychloroquine in post-exposure prophylaxis as well as in hospitalized patients. Last year, these same researchers issued a plea for a moratorium on prescription of hydroxychloroquine in prevention or treatment pending the outcome of ongoing randomized trials.

The authors say that in addition to a lack of significant benefit, the new randomized evidence shows some suggestion of harm. They explain that the prior reassuring safety profile of hydroxychloroquine is applicable to patients with lupus and rheumatoid arthritis, both of which are of greater prevalence in younger and middle-age women, whose risks of fatal heart outcomes due to hydroxychloroquine are reassuringly very low.

In contrast, the risks of hydroxychloroquine for patients with COVID-19 are significantly higher because fatal cardiovascular complications due to these drugs are so much higher in older patients and those with existing heart disease or its risk factors, both of whom are more predominant in men.

“Premature and avoidable deaths will continue to occur if people take hydroxychloroquine and avoid the public health strategies of proven benefit, which include vaccinations and masking,” added Hennekens.