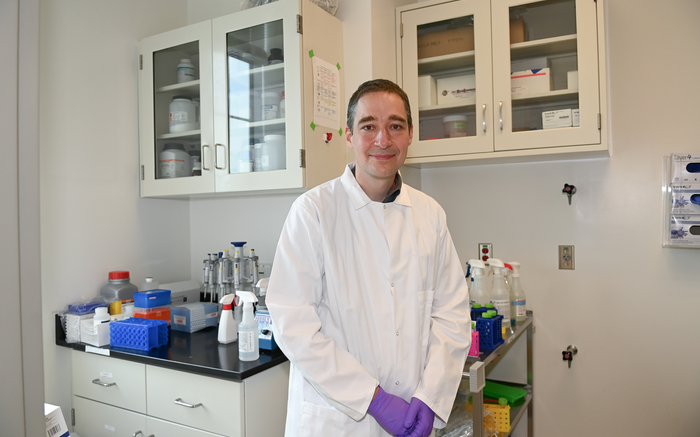 Alex Dornburg, assistant professor of bioinformatics and genomics at the University of North Carolina at Charlotte. Courtesy of UNC Charlotte

Throughout the COVID-19 pandemic, there has been much uncertainty about how long immunity lasts after someone who is unvaccinated is infected with SARS-CoV-2. Now a team of scientists led by faculty at Yale School of Public Health and the University of North Carolina at Charlotte have an answer. Strong protection following natural infection is short-lived.

“Reinfection can reasonably happen in three months or less,” said Jeffrey Townsend, the Elihu Professor of Biostatistics at the Yale School of Public Health and a lead author of the study. “Therefore, those who have been naturally infected should get vaccinated. Previous infection alone can offer very little long-term protection against subsequent infections.”

The study, published in the journal The Lancet Microbe, is the first to determine the likelihood of reinfection following natural infection and without vaccination.

Reinfections can and have happened, even shortly after recovery. And they will become increasingly common as immunity wanes and new SARS-CoV-2 variants arise.

“We tend to think about immunity as being immune or not immune. Our study cautions that we instead should be more focused on the risk of reinfection through time,” said Alex Dornburg, assistant professor of bioinformatics and genomics at the University of North Carolina at Charlotte, who co-led the study with Townsend. “As new variants arise, previous immune responses become less effective at combating the virus. Those who were naturally infected early in the pandemic are increasingly likely to become re-infected in the near future.”

The team’s data-driven model reveals striking similarities to the reinfection risks over time between SARS-CoV-2 and endemic coronaviruses.

“Just like common colds, from one year to the next you may get re-infected with the same virus. The difference is that, during its emergence in this pandemic, COVID-19 has proven to be much more deadly.” said Townsend.

“Due to the ability of SARS-CoV-2 to evolve and re-infect, it, too, is likely to transition from pandemic to an endemic disease,” added Dornburg.

“A hallmark of the modern world is going to be the evolution of new threats to human health,” said Townsend. “Evolutionary biology — which provided the theoretical foundations for these analyses — is traditionally considered a historical discipline. However, our findings underscore its important role in informing decision-making, and provide a crucial stepping stone toward robust knowledge of our prospects of resistance to SARS-CoV-2 reinfection.”

Co-authors include researchers from Temple University. Funding for the research was provided by the U.S. National Science Foundation.