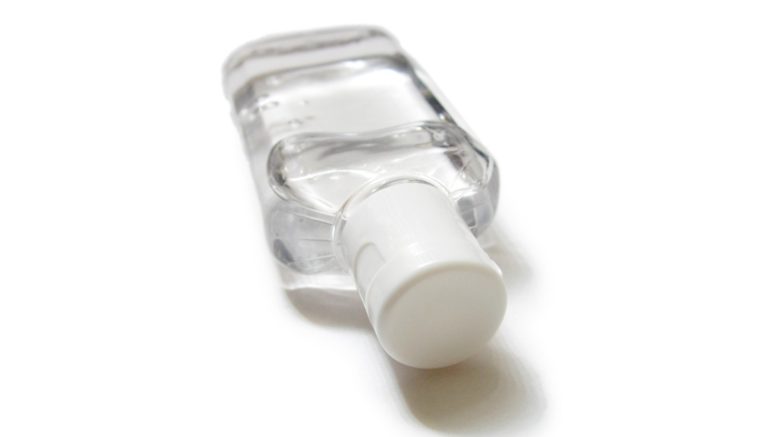 Hirose, et al. (2019) evaluated IAV inactivation and ethanol concentration change using IAV-infected patients’ mucus (sputum). Additionally, AHR and AHW effectiveness against infectious mucus adhering to the hands and fingers was evaluated in 10 volunteers. The authors' clinical study showed that EBD effectiveness against IAV in mucus was extremely reduced compared to IAV in saline. IAV in mucus remained active despite 120 second of AHR; however, IAV in saline was completely inactivated within 30 seconds.

Due to the low rate of diffusion/convection because of the physical properties of mucus as a hydrogel, the time required for the ethanol concentration to reach an IAV inactivation level and thus for EBDs to completely inactivate IAV was approximately eight times longer in mucus than in saline. On the other hand, AHR inactivated IAV in mucus within 30 seconds when the mucus dried completely because the hydrogel characteristics were lost.

Additionally, AHW rapidly inactivated IAV. Until infectious mucus has completely dried, infectious IAV can remain on the hands and fingers, even after appropriate AHR using EBD, thereby increasing the risk of IAV transmission. The researchers clarified the ineffectiveness of EBD use against IAV in infectious mucus.

This study elucidated the situations/mechanisms underlying the reduced efficacy of AHR against infectious mucus derived from IAV-infected individuals and indicated the weaknesses of the current hand hygiene regimens. Due to the low rate of diffusion/convection because of the physical properties of mucus as a hydrogel, the efficacy of AHR using ethanol-based disinfectant against mucus is greatly reduced until infectious mucus adhering to the hands/fingers has completely dried. The researcrs emphasize that if there is insufficient time before treating the next patient (i.e., if the infectious mucus is not completely dry), medical staff should be aware that effectiveness of AHR is reduced. Since AHW is effective against both dry and nondry infectious mucus, the researchers say AHW should be adopted to compensate for these weaknesses of AHR.

4 Comments on "Researchers Study Hand Sanitizer Effectiveness Against Influenza A"