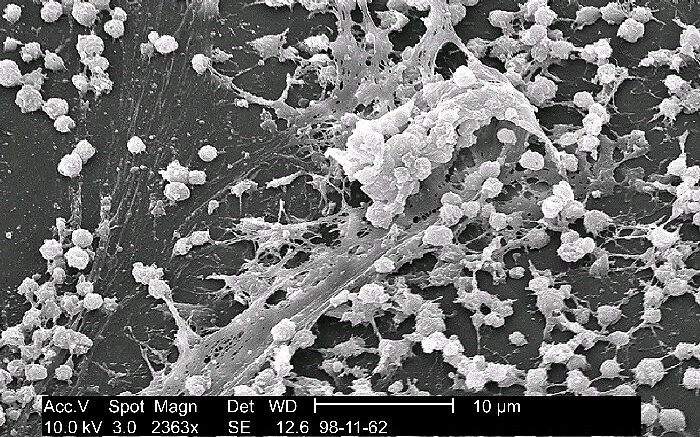 Under a magnification of 2363X, this scanning electron microscopic (SEM) image of a Staphylococcus biofilm was based on the culture obtained from the inner surface of a needleless connector. Courtesy of CDC/Dr. Rodney M. Donlan

Bowler, et al. (2020) sought to raise awareness of the role of environmental biofilm in the emergence and spread of antibiotic resistance and its consideration in antimicrobial stewardship.

The researchers conclude that biofilm must be considered synonymously with antibiotic resistance because of its proficiency in transferring resistance genes as well as its innate phenotypic tolerance to antibiotics. Although biofilm falls outside of the current definition of antimicrobial stewardship, greater awareness of the existence, ubiquity, and consequences of environmental biofilm amongst healthcare practitioners is crucial to improving hygiene practices and controlling the emergence and spread of antibiotic resistance in healthcare facilities.