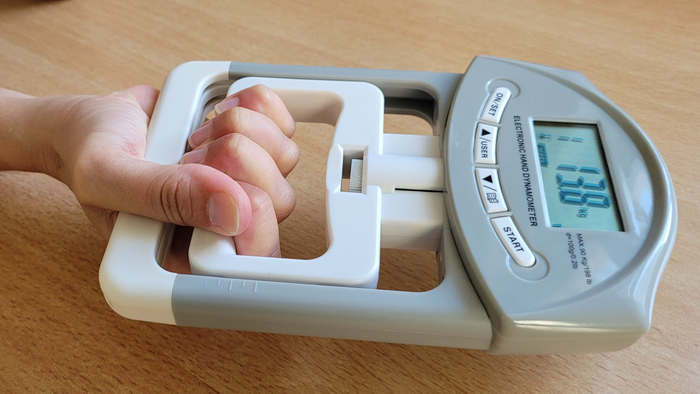 Since the beginning of the pandemic, SARS-CoV-2 has been suspected of causing chronic fatigue syndrome (ME/CFS). A well-controlled study conducted by a group of researchers from Charité – Universitätsmedizin Berlin and the Max Delbrück Center for Molecular Medicine (MDC) has now shown that, even after mild COVID-19, a subset of patients will develop symptoms which meet the diagnostic criteria for ME/CFS. Their findings also describe a second subset of post-COVID patients with similar symptoms. Differences in laboratory results between these groups may indicate differences in underlying mechanisms. The researchers’ findings have been published in Nature Communications.

“Suspicions that COVID-19 might trigger ME/CFS initially arose as early as during the first wave of the pandemic,” says Dr. Carmen Scheibenbogen, acting director of Charité’s Institute of Medical Immunology on Campus Virchow-Klinikum. Scheibenbogen also oversees the work of the Charité Fatigue Center, which specializes in the diagnosis of ME/CFS (myalgic encephalomyelitis/chronic fatigue syndrome), a debilitating condition characterized by severe physical fatigue. The Center received its first requests from patients after SARS-CoV-2 infection as early as the summer of 2020. Since then, there has been accumulating evidence of a causal link between COVID-19 and ME/CFS, a disease which often causes severe physical impairments.

“Providing the scientific evidence to confirm these assumptions, however, is anything but a trivial task,” explains Scheibenbogen. “This is partly due to the paucity of research into ME/CFS and the fact that there are no universally accepted diagnostic criteria. Thanks to an extremely thorough diagnostic process and a comprehensive comparison with patients who developed ME/CFS following non-COVID-related infections, we have now been able to show that COVID-19 can trigger ME/CFS.”

As part of this study, experts from Charité’s Post-COVID Network examined 42 individuals who presented at the Center with persistent, severe fatigue and impaired day-to-day functioning six months after their SARS-CoV-2 infection. Most of the study participants were unable to perform light work for more than two to four hours a day; some were unable to work and struggled to look after themselves. Only three out of the 42 patients examined needed hospital care during their initial (acute) SARS-CoV-2 infection, but none required oxygen. 32 of the patients met the WHO classification of mild COVID-19, meaning they did not develop pneumonia, but had fairly severe symptoms including fever, cough, muscle pain and joint pain for between one and two weeks. As all of the participants’ infections occurred during the first wave of the pandemic, none of them had been vaccinated. At Charité, all of the individuals concerned were examined by an interdisciplinary team of neurologists, immunologists, rheumatologists, cardiologists, endocrinologists and pulmonologists with many years’ experience in the diagnosis of ME/CFS. For comparison, the researchers then examined 19 age- and gender-matched individuals who had developed ME/CFS following a similar period of illness due to a non-COVID-related infection.

The researchers used the ‘Canadian Consensus Criteria’ to establish a diagnosis of ME/CFS. “In addition to having been scientifically developed, this catalog of criteria has been proven as a reliable diagnostic tool for chronic fatigue syndrome in clinical practice,” explains the study’s other co-lead, Dr. Judith Bellmann-Strobl, who heads the multidisciplinary outpatient department at the Experimental and Clinical Research Center (ECRC), a facility jointly operated by Charité and the MDC. According to the Canadian Consensus Criteria, approximately half of the post-COVID patients examined met the diagnostic criteria for ME/CFS. While the other half presented with similar symptoms, their post-exertional malaise was milder and only lasted for a few hours. In contrast, ME/CFS patients reported post-exertional malaise which persisted into the following day. Summarizing the researchers’ findings, Dr. Bellman-Strobl says: “We can therefore distinguish between two groups of post-COVID patients with severely impaired physical functioning.”

In addition to collating data on symptoms, the researchers also determined various laboratory parameters. They then compared these with hand grip strength, which was reduced in the majority of the participants examined. “We furthermore found that individuals with milder exertional intolerance had reduced hand grip strength if they had elevated levels of the cytokine interleukin 8. In these cases, reduced muscular strength may be caused by a persistent inflammatory response,” says Scheibenbogen. “In the ME/CFS group, however, hand grip strength was correlated with the hormone NT-proBNP, which can be released by muscle cells when oxygen supply is insufficient. This suggests that, in these individuals, muscle weakness may be caused by an impaired blood supply.” According to the researchers’ preliminary observations, the two groups may also be distinguishable in terms of disease progression. “In many people whose symptoms are indicative of ME/CFS but who do not meet diagnostic criteria, symptoms appear to improve over time,” explains Prof. Scheibenbogen.

These new findings may help researchers to develop specific treatments for post-COVID syndrome (‘Long Covid’) and ME/CFS. “Our data also provide further evidence that ME/CFS is not a psychosomatic disorder but a severe physical disease which can be measured and diagnosed using objective methods,” emphasizes Scheibenbogen. “Unfortunately, current treatments for ME/CFS are purely symptomatic in nature. I would therefore urge even young people to protect themselves against SARS-CoV-2 by getting vaccinated and wearing an FFP2 mask.”