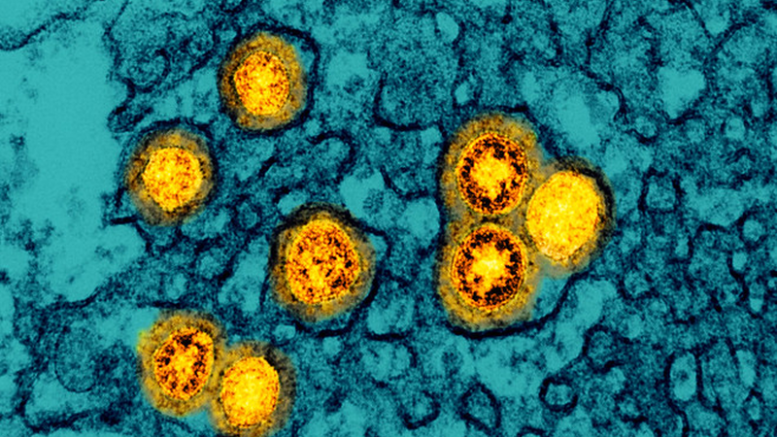 Researchers at the University of Colorado Anschutz Medical Campus have investigated how antiviral proteins called interferons interact with SARS-CoV-2. The study, published in Proceedings of the National Academy of Sciences, focuses on how the innate arm of the immune system defends against this coronavirus. The work resulted from a collaborative effort by multiple scientists, including the laboratories of Mario Santiago, PhD, associate professor of medicine and Eric Poeschla, MD, professor of medicine, both at the University of Colorado School of Medicine.

While the adaptive arm of the immune system responds definitively to infection by generating antibodies and T cells, the innate arm forms an earlier, first line of defense by recognizing conserved molecular patterns in pathogens. “SARS-CoV-2 just recently crossed the species barrier into humans and continues to adapt to its new host,” says Poeschla. “Much attention has deservedly focused on the virus’s serial evasions of neutralizing antibodies. The virus seems to be adapting to evade innate responses as well.”

Interferons are central molecules in the innate immune system that trigger a cascade of antiviral responses in cells within minutes of infection. As such, the interferon pathway could significantly reduce the levels of virus initially produced by an infected individual.

“They are clinically viable therapeutic agents that have been studied for viruses like HIV-1 for years,” says Santiago. “Here we looked at up to 17 different human interferons and found that some interferons, such as IFNalpha8, more strongly inhibited SARS-CoV-2. Importantly, later variants of the virus have developed significant resistance to their antiviral effects. For example, substantially more interferon would be needed to inhibit the omicron variant than the strains isolated during the earliest days of the pandemic.”

The data suggests that COVID-19 clinical trials on interferons – dozens of which are listed in clinicaltrials.gov - may need to be interpreted based on which variants were circulating when the study was conducted. Researchers say that future work to decipher which of SARS-CoV-2’s multitude of proteins might be evolving to confer interferon resistance may contribute in that direction.