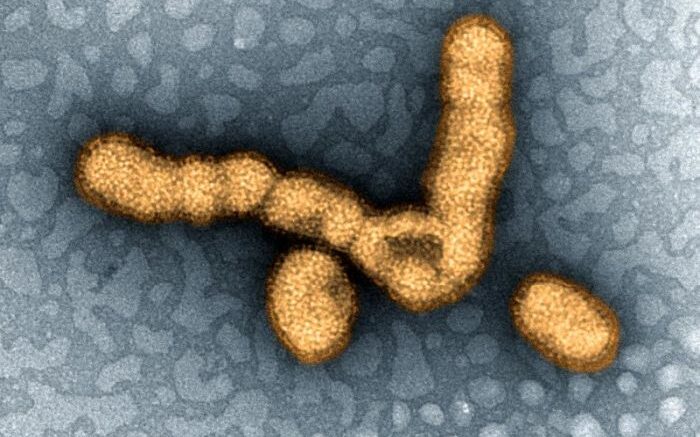 A team led by scientists at Weill Cornell Medicine, Scripps Research and the University of Chicago has identified an important site of vulnerability on influenza viruses—a site that future influenza vaccines and antibody therapies should be able to target to prevent or treat infections by a broad set of influenza strains.

The scientists, whose results are published Dec. 23 in Nature, found that a small subset of antibodies elicited by experimental and existing influenza vaccines target a site at the base, or anchor, of the influenza virus hemagglutinin (HA) protein—an “epitope” whose significance was not recognized in prior influenza antibody studies.

Experiments in cell cultures and in mice suggested that antibodies against this “anchor epitope” can neutralize a broad set of influenza strains, including strains with pandemic potential.

“This will now be one of the key influenza epitopes that we target as we develop candidate universal influenza vaccines and antibody therapies,” said study co-senior author Dr. Patrick Wilson, who was recruited as a professor of pediatrics and a scientist in the Gale and Ira Drukier Institute for Children’s Health at Weill Cornell Medicine.

Most of the study was conducted while Dr. Wilson was at the University of Chicago. Co-first author Dr. Jenna Guthmiller was a postdoctoral researcher in his laboratory there, and is still at that university. Drs. Wilson and Guthmiller collaborated in the study with co-senior author Dr. Andrew Ward, professor in the Department of Integrative Structural and Computational Biology at Scripps Research. Co-first author Dr. Julianna Han is a staff scientist in the Ward laboratory.

“It’s always very exciting to discover a new site of vulnerability on a virus because it paves the way for rational vaccine design,” said Dr. Ward. “It also demonstrates that despite all the years and effort of influenza vaccine research there are still new things to discover.”

Influenza virus particles are studded with copies of the HA protein, the main viral protein that antibodies can reach. This protein mutates over time so that it tends to differ from one influenza strain to the next—neutralizing antibodies that target one strain’s HA often won’t protect against other strains. For this reason, current “seasonal” influenza vaccines, which are designed to protect against only two or three prevalent strains, are considered very limited in their effectiveness.

Despite influenza viruses’ great variability, scientists over the past two decades have been discovering relatively unvarying sites on the HA protein, to which antibodies can bind to neutralize the infectivity of a broad set of strains. These “broadly neutralizing epitopes” are viewed as potential targets for future “universal”—or at least broadly protective—influenza vaccines and antibody-based therapies.

In the study, the team analyzed the antibodies elicited by an experimental universal influenza vaccine then under development, as well as by seasonal influenza vaccines and natural influenza infections. The scientists found that a significant proportion the elicited antibodies attached to the lower, stalk portion of HA—which in influenza viruses is generally less variable than the upper, head portion.

Analysis using electron microscopy revealed that some of the stalk-targeting antibodies—including a surprisingly high proportion of antibodies from the experimental vaccine recipients—bound to a previously overlooked epitope at the very bottom of the HA stalk, where the stalk is anchored to the viral membrane.

Tests in mice and in cell cultures indicated that these anchor epitope antibodies can neutralize a wide set of influenza strains containing the common H1 subtype of HA protein, and also cross-react with H2 and H5 strains. H1, H2, and H5 subtypes together account for a large fraction of seasonal and pandemic-threat influenza viruses in humans.

The researchers also showed that humans’ antibody-making cells generally include some that are capable of producing anchor epitope antibodies—which underlines the plausibility of the anchor epitope as a vaccine target.

“In order to increase our protection to these highly mutating viruses, we need to have as many tools as we can,” added Dr. Han. “This discovery adds one more highly potent target to our repertoire.”

“The human immune system already has the ability to make antibodies to this epitope, so it’s just a matter of applying modern protein engineering methods to make a vaccine that can induce those antibodies in sufficient numbers,” Guthmiller said.