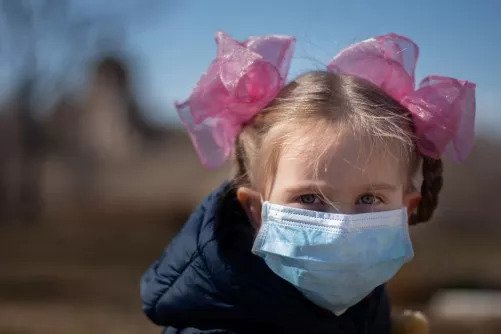 Researchers at Vanderbilt University Medical Center (VUMC) and their colleagues have determined a key factor as to why COVID-19 appears to infect and sicken adults and older people preferentially while seeming to spare younger children.

Children have lower levels of an enzyme/co-receptor that SARS-CoV-2, the RNA virus that causes COVID-19, needs to invade airway epithelial cells in the lung.

The findings, published today in the Journal of Clinical Investigation, support efforts to block the enzyme to potentially treat or prevent COVID-19 in older people.

Sucre and Kropski are co-corresponding authors of the paper. Bryce Schuler, MD, PhD, a resident in pediatrics and genetics at VUMC and postdoctoral fellow in the Vanderbilt Stimulating Access to Research in Residency program, is the paper's first author.

There is still much to learn about SARS-CoV-2. But this much is known: After a viral particle is inhaled into the lungs, protein "spikes" that stick out like nail studs in a soccer ball attach to ACE2, a receptor on the surfaces of certain lung cells.

A cellular enzyme called TMPRSS2 chops up the spike protein, enabling the virus to fuse into the cell membrane and "break into" the cell. Once inside, the virus hijacks the cell's genetic machinery to make copies of its RNA.

Sucre and Kropski, who have collaborated since 2016 on studies of lung diseases in premature infants and adults, wondered if TMPRSS2 had something to do with the greater severity of COVID-19 symptoms observed in older people compared to children.

"Our research has always focused on understanding lung development and how infant lungs differ from adult lungs in their vulnerability to injury," Sucre said. "In this study we actually took the opposite approach, and were able to see how the developing lung by its differences is protected from SARS-CoV-2 infection."

The researchers were well equipped to begin such a study. As members of the international Human Cell Atlas (HCA) Lung Biological Network, they and their colleagues had built a dataset on lung development in the mouse using a technique called single-cell RNA-sequencing.

They found that while the gene for ACE2 was expressed at low levels in the mouse lung, "TMPRSS2 stood out as having a really striking trajectory of increased expression during development," Schuler said.

With the help of VUMC pathologists, the researchers obtained and analyzed human lung specimens collected from donors of different ages, and confirmed a similar trajectory in TMPRSS2 expression to what they'd found in mice.

The researchers also used fluorescent probes to analyze autopsy specimens from three patients who died of COVID-19, and found the virus in three types of cells that express TMPRSS2.

TMPRSS2 is well known for its role in the development of prostate cancer. Drugs that block the enzyme and which have been approved for the treatment of advanced prostate cancer currently are being tested clinically as potential treatments for COVID-19.

"We do think TMPRSS2 could be an attractive target both in treatment and potentially as a prophylaxis for (preventing infection in) people at high risk of COVID exposure," Sucre said.

The research was supported by grants from the National Institutes of Health.