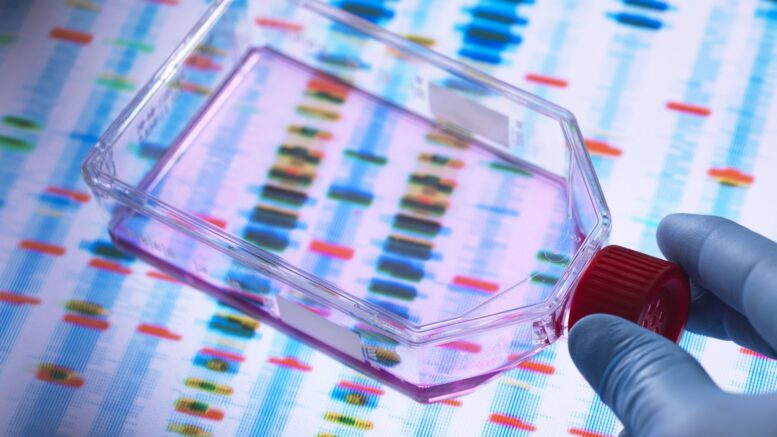 Experts from the University of Nottingham have developed a ground-breaking software, which combines DNA sequencing and machine learning to help them find where, and to what extent, antibiotic resistant bacteria is being transmitted between humans, animals and the environment.

The study, which is published in PLOS Computational Biology, was led by Dr. Tania Dottorini from the School of Veterinary Medicine and Science at the University.

Anthropogenic environments (spaces created by humans), such as areas of intensive livestock farming, are seen as ideal breeding grounds for antimicrobial-resistant bacteria and antimicrobial resistant genes, which are capable of infecting humans and carrying resistance to drugs used in human medicine. This can have huge implications for how certain illnesses and infections can be treated effectively.

China has a large intensive livestock farming industry, poultry being the second most important source of meat in the country, and is the largest user of antibiotics for food production in the world.

In this new study, a team of experts looked at a large scale commercial poultry farm in China, and collected 154 samples from animals, carcasses, workers and their households and environments. From the samples, they isolated a specific bacteria called Escherichia coli (E. coli). These bacteria can live quite harmlessly in a person’s gut, but can also be pathogenic, and genome carry resistance genes against certain drugs, which can result in illness including severe stomach cramps, diarrhea and vomiting.

Researchers used a computational approach that integrates machine learning, whole genome sequencing, gene sharing networks and mobile genetic elements, to characterize the different types of pathogens found in the farm. They found that antimicrobial genes (genes conferring resistance to the antibiotics) were present in both pathogenic and non-pathogenic bacteria.

Dottorini said, “We cannot say at this stage where the bacteria originated from, we can only say we found it and it has been shared between animals and humans. As we already know there has been sharing, this is worrying, because people can acquire resistances to drugs from two different ways - from direct contact with an animal, or indirectly by eating contaminated meat. This could be a particular problem in poultry farming, as it is the most widely used meat in the world.

“The computational tools that we have developed will enable us to analyze large complex data from different sources, at the same time as identifying where hotspots for certain bacteria may be. They are fast, they are precise and they can be applied on large environments – for instance – multiple farms at the same time.

“There are many antimicrobial resistant genes we already know about, but how do we go beyond these and unravel new targets to design new drugs? Our approach, using machine learning, opens up new possibilities for the development of fast, affordable and effective computational methods that can provide new insights into the epidemiology of antimicrobial resistance in livestock farming.”