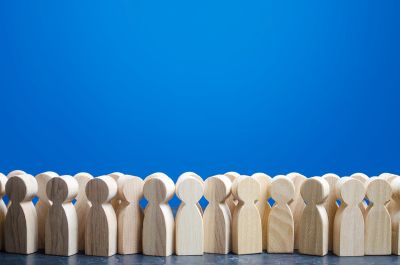 The findings of this study suggest that, based on a sample from an otherwise healthy population, the overall number of SARS-CoV-2 infections in the U.S. may be substantially higher than estimates based on public health case reporting.

As Stout and Rigatti (2021) note, "Because severe acute respiratory syndrome coronavirus 2 (SARS-CoV-2) infection may be asymptomatic or minimally symptomatic, counts of officially reported cases may substantially underestimate the overall burden of infection in the United States. Viral serologic testing may provide a more accurate estimate of cumulative disease prevalence. This cross-sectional study assesses the seroprevalence of SARS-CoV-2 in a nationwide, self-reported well population."

In September 2020, a national adult convenience sample of 61 ,910 self-reported well life insurance applicants was evaluated for the presence of antibody to nucleocapsid protein with an immunoassay intended for qualitative detection of antibodies to SARS-CoV-2 in human serum and plasma (Elecsys Anti–SARS-CoV-2; Roche Diagnostics) at the Clinical Reference Laboratory in Lenexa, Kan. This test has a reported sensitivity and specificity of 99.5% and 99.8%, respectfully. Applicants’ age, sex, state of residence, and antibody status were recorded and all personal data were removed. The Western Institutional Review Board reviewed the study under the Common Rule and applicable guidance and deemed it to be exempt because it uses de-identified study samples for epidemiologic investigation. All participants signed disclosures indicating that results may be used for research purposes. The study conforms to the recommendations of the Strengthening the Reporting of Observational Studies in Epidemiology (STROBE) reporting guideline.

To estimate the total burden of SARS-CoV-2 infections in the United States, the 2019 estimated U.S. Census population was multiplied by the proportion of the U.S. population between the ages of 16 and 80 years (75.5%), the selected adult portion of the total population. Then, the state-specific proportion of positive test results was applied from our sample. Confidence limits were estimated by generating 5000 bootstrap samples and recalculating the total number of US cases. The χ2 test and unpaired, 2-tailed t test were used to test for differences between seropositive and seronegative groups as appropriate, with a significance level of 99%. All statistical analyses were performed using R version 3.6.13 and RStudio version 1.2.1335 software (R Foundation for Statistical Computing).

The seroprevalence rate varied widely by state. On the basis of this sample, it was estimated that 15.9 million (bootstrap 95% CI, 15.5-16.5 million) asymptomatic or undiagnosed SARS-CoV-2 infections had occurred in the United States as of Sept. 30, 2020.

3 Comments on "Seroprevalence of SARS-CoV-2 Antibodies in the U.S. Adult Asymptomatic Population"