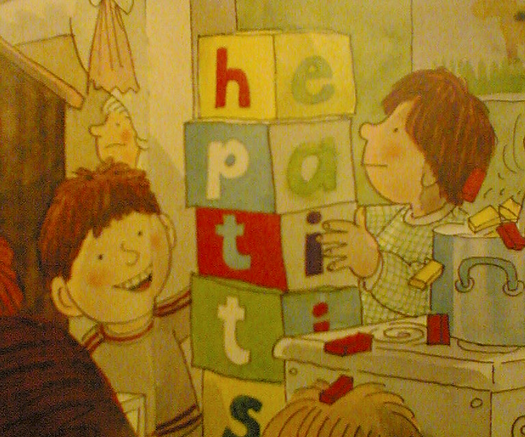 In children in the U.S. and UK, a sudden increase in the number of cases of severe acute hepatitis of unknown causes (SAHUC) and pediatric acute liver failure was reported between October 2021 and May 2022. As of June 22, 2022, 920 cases of SAHUC were reported worldwide. The disease is of unknown origin, and at least 5% of the total number of cases required liver transplantation and 2% died. The affected children belonged to the age-group of 10 to 16 years or younger.

Although treatable if identified in time, the greatest challenge for pediatricians and care givers to effectively treat SAHUC remains the lack of clarity on its etiology. The lack of consensus on the definition of ‘confirmed cases,’ owing largely to the ambiguity regarding causative factors, further complicates diagnosis and subsequent treatment.

To understand the nature of SAHUC, Dr. Getu Zhaori, editor-in-chief of Pediatric Investigation, conducted an extensive survey of literature available at PubMed, websites of World Health Organization, UK Health Security Agency, US CDC, and European Centre for Disease Prevention and Control and collated the information in a mini review published in Pediatric Investigation on July 11, 2022. Explaining the motivation behind publishing this review, Zhaori says, “SAHUC is a disease of unknown etiology in younger children. Physicians expect early clarification of the etiology and availability of specific, effective, and safe therapeutic and preventive approaches to treat it. With this in mind, this mini review aimed to understand the major characteristics of SAHUC, as well as raise some questions and discuss opinions and preliminary recommendations to better understand and control the disease.”

In the fewer than 30 articles that he identified after searching the databases, Zhaori found that the main symptoms reported were jaundice, vomiting, and diarrhea, but the symptoms varied moderately with the geographical location of the patients. In terms of laboratory markers, liver enzymes, such as alanine aminotransferase and aspartate aminotransferase, and serum bilirubin were at high levels in most cases. Furthermore, liver biopsy reports showed different degrees of liver inflammation. These findings indicate the suitability of using these tests for the diagnosis of SAHUC. In addition to these, the author suggests using more sensitive laboratory tests and imaging techniques like computed tomography and ultrasound of the liver and biliary system for a more conclusive diagnosis.

Zhaori suggests it is important to rule out infections caused by known viruses, including hepatitis viruses A–E, cytomegalovirus, Epstein-Barr virus, etc., during diagnosis. Current findings further suggest that despite the detection of human adenovirus in multiple patients, its role in the pathogenesis of SAHUC remains unclear. Also, only a fraction of the reported cases tested positive for SARS-CoV-2. Thus, there are several hypotheses regarding the cause of the diseases, including cofactors modifying the activity of adenovirus, cofactors altering the host immune response, and COVID-19-induced immune deficiency. But further investigations are required for understanding their role in SAHUC etiology.

What are the treatment options for the condition? Zhaori notes that existing treatment options are mostly limited to supportive and symptomatic therapy. However, based on symptoms presented in individual cases, there may be some options to delay disease progression. These include treatment of cases with a high adenoviral load with antiviral drugs like cidofovir or a combination of western and traditional Chinese medicines. The author recommends that taking lessons from the recent COVID-19 trials, antiviral therapy should start early in the critical time window of 3 to 5 days after disease onset.

Currently, studies on SAHUC are underway, but continued surveillance and timely reporting of cases is also necessary to augment the efforts at understanding the disease better. More information will hopefully shed light on the crucial early detection of the disease and effective therapeutic approaches.