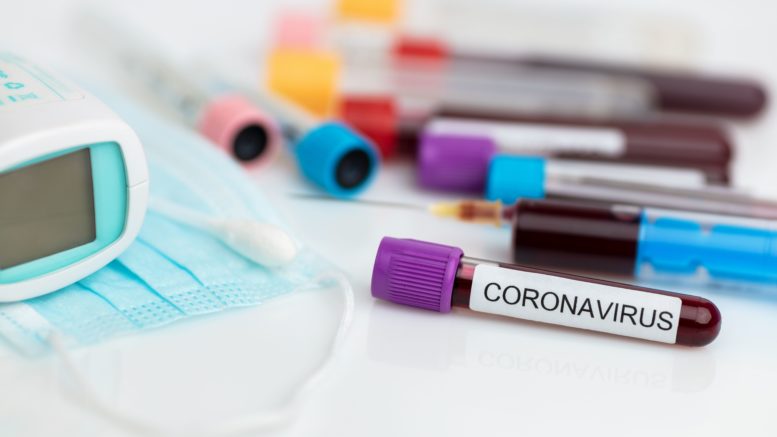 To protect medical laboratory personnel from infection when testing clinical samples for SARS-CoV-2, most laboratories inactivate the virus before testing. The effect of inactivation on the detection of results had not been determined, but the rate of false negatives for one time testing of inactivated virus has been estimated to range from 30 percent to 50 percent.

A team of investigators led by Chaofeng Ma of Xi'an Center for Disease Control and Prevention hypothesized that viral inactivation may contribute to false negatives. They have now tested several inactivation methodologies to determine if and to what extent they reduce detectible virus in a clinical sample. The research appears in the Journal of Clinical Microbiology, a publication of the American Society for Microbiology.

The investigators took clinical samples from 63 patients who had been infected with SARS-CoV-2. They first used a technology called digital PCR to determine the total number of virus particles in each sample.

They then inactivated virus from the samples and determined how much less virus was detectible at 2 sites within the genome, a gene that codes for the "nucleocapsid" protein and a section of genome called ORF 1ab.

The first inactivating treatment used a reagent called TRIzol and destroyed 47.54% of nucleocapsid genes, and nearly 40% of ORF 1ab.

The second inactivation treatment heated the samples to 56°C for 30 minutes and reduced the quantities of the two sections of genome by 48.55% and 56.40%, respectively. Heating to 80°C for 20 minutes reduced viral copy numbers further, and boiling, or autoclaving at 121°C left virtually no detectible virus.

Future studies should include inactivation reagents besides TRIzol, the researchers wrote. But for now, "...TRIzol is recommended for sample inactivation... as TRIzol has the least effect on RNA copy number among the tested methods."