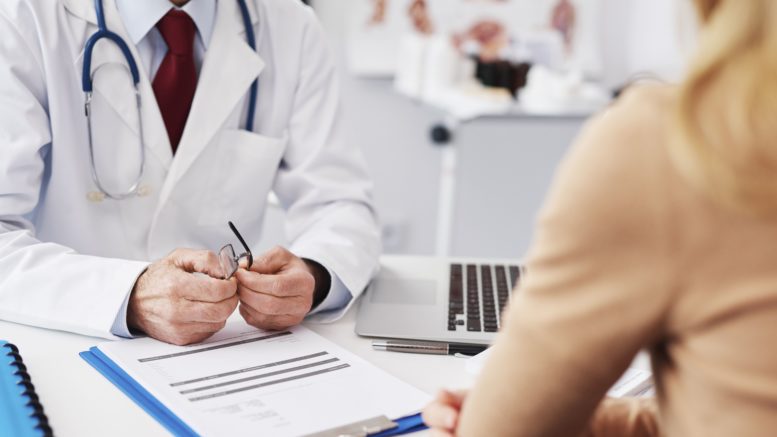 Older age, being male, deprivation, living in a densely populated area, ethnicity, obesity, and chronic kidney disease are associated with a positive test for COVID-19, according to results from 3,802 people tested for SARS-CoV-2 (including 587 positive tests) in the UK. The observational study was conducted in between Jan 28 and April 4 using routine electronic health records data from GP practices across England (UK), and results are published in The Lancet Infectious Diseases journal.

Study author Professor Simon de Lusignan from the University of Oxford, and Director of the Royal College of GPs Surveillance Centre, UK, says, "While clear trends have emerged from hospital data for the people with severe symptoms, the risk of infection among the general population remains a grey area. It's important to know which groups in the wider community are most at risk of infection so that we can better understand SARS-CoV-2 transmission and how to prevent new cases."

The authors note that other socio-economic factors, which were not measured in this study, may also be linked with SARS-CoV-2 infection, such as employment in high risk jobs, education, income, and differences in access to healthcare and testing among ethnic groups. Further research is needed to understand these associations.

Hospital-based studies have reported that being older, male, and having underlying health conditions such as hypertension and diabetes, are associated with having more severe complications of COVID-19. The new analysis identifies that some of these factors are also associated with testing positive for SARS-CoV-2. However, there were some notable differences. For example, most underlying health conditions did not significantly increase susceptibility to infection and the analysis found a link between smoking and lower likelihood of a positive test result [2]. The authors believe this is due to confounding factors, rather than indicating a protective effect, and they warn that the result should not encourage people to continue or take up smoking.

de Lusignan says, "This result does not indicate that smoking protects against infection, and there are many potential alternative explanations - such as smoking hampering the sensitivity of the SARS-CoV-2 test, or people who smoke being more likely to have an ongoing cough so being more likely to be tested despite not having the virus. As well as the well-documented harms to overall health from smoking, there is potential for smoking to increase the severity of COVID-19 disease, and so our findings should not be used to conclude that smoking prevents SARS-CoV-2 infection, or to encourage ongoing smoking."

The authors analysed data from 587 people with positive results and 3,215 with negative results, collated by GP practices in England who are part of the Royal College of General Practitioners Research and Surveillance Center primary care network.

Compared with people of white ethnicity, of whom 15.5% (388 of 2,497) tested positive, the proportion of people of black ethnicity testing positive were much higher, at 62.1% (36 of 58 people). This finding remained significant after adjusting for co-morbidities such as high blood pressure and diabetes, the prevalence of which is increased in black ethnic groups. The authors say that these results should be interpreted with caution, as there were small numbers of people from England's minority ethnic groups in the study.

Co-author Dr. Gayatri Amirthalingam, from Public Health England, says: "With each day that passes our knowledge of COVID- 19 improves. This analysis of primary care outcomes of individuals testing positive for virus is an important contribution to our wider understanding of how COVID-19 is affecting people of different demographic groups. This study, which uses data from the Oxford RCGP Research and Surveillance Center, will also inform PHE's ongoing Review into Factors Impacting Health Outcomes from COVID-19 that is to be completed by the end of May. This review will also analyse hospitalizations and mortality, including excess mortality, to provide further insight on how COVID-19 may be having a disproportionate impact on different groups. It will also determine the impact of occupation (including healthcare workers) where data is available."

The authors caution that some of the findings may reflect selection bias, as the study only included people who had a test for SARS-CoV-2 performed through routine NHS services. Some groups of people may be more or less likely to get tested in the first place, and this could have impacted the study results. They suggest that a larger population survey is urgently needed to confirm which groups are most at risk. They also note that although people in the study were tested using the gold standard for SARS-CoV-2 diagnosis, RT-PCR, some positive cases could have been missed, for example if people were tested when they had a small viral load.

Writing in a linked Comment, lead author Dr. Rachel Jordan (who was not involved in the study) from the University of Birmingham, UK, says, "What is fundamentally clear is that whatever the specific risk factors, the COVID-19 pandemic exacerbates existing socioeconomic inequalities, and this needs both exploration and mitigation in the coming months and years. As the UK prepares to loosen lockdown measures, knowing who is most at risk of infection is vital. This study highlights the more susceptible subgroups among those with relevant symptoms, although we cannot be sure why they are more susceptible. Population-level studies with testing among random samples of the general population (irrespective of symptoms), as well as accurate antibody tests of past infection, are urgently needed."