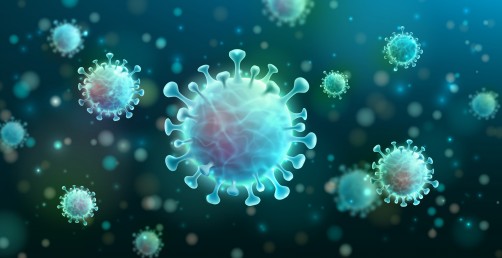 An analysis of SARS-CoV-2 variants sequenced in a scientific database GISAID has found some mutant strains of the virus could resist the COVID-19 medication Paxlovid.

Researchers from Rutgers, the University of South Florida and Catholic University of America, whose work has yet to undergo peer review, identified 66 prevalent Mpro mutations located at the nirmatrelvir binding site, where Paxlovid attaches itself to the virus.

Many of the mutations hindered the Mpro’s ability to cleave the substrate, a hint that the mutant virus will be less fit than the wild-type (WT) virus in replication and transmission. However, what is worrisome is that the researchers found 11 Mpro mutants that resisted Paxlovid but maintained a similar level of enzymatic activity as the WT, suggesting that they should be monitored closely for possible clinical evidence of Paxlovid resistance.

“Our findings show that doctors should reserve Paxlovid for the highest risk patients, the ones who need it most, because if Paxlovid is widely used, it will mostly destroy the variants it can treat, and the variants it cannot treat will become dominant,” said senior author Jun Wang, an associate professor in the Department of Medicinal Chemistry at the Rutgers Ernest Mario School of Pharmacy. “If that happens, we will be right back where we started, with no treatment for the disease.”

The finding, while concerning, wasn’t surprising, said Wang, noting that viruses tend to mutate quickly enough to evolve immunity to monotherapy treatments that bind to only one protein. Combination treatments, with multiple drugs that bind to multiple target proteins on the virus, tend to maintain efficacy for much longer because the virus must simultaneously mutate in several places to develop resistance.

“Researchers are obviously working hard to find more antiviral drugs that could be added to Paxlovid for a more effective and durable treatment,” Wang said. “Ideally, we should use Paxlovid sparingly enough between now and the discovery of such treatments so that it would still be a useful part of any future drug cocktail we use to treat the virus.”