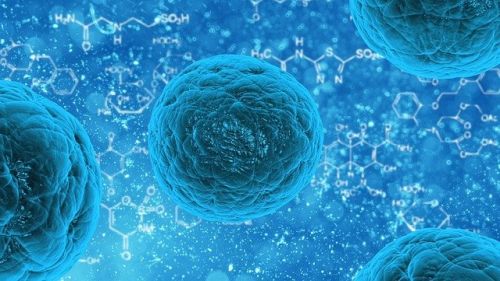 Chronic viral infections and cancer can cause “killer” T cells in the immune system to take on a state of dysfunction or exhaustion whereby they can no longer react to infectious invaders or abnormal cells like normal “memory” T cells. Two new studies led by investigators at Massachusetts General Hospital (MGH) and published in Nature Immunology provide insights into T cell exhaustion, which could lead to potential strategies to overcome it.

One study, which was led by Georg M. Lauer, MD, PhD, of the Division of Gastroenterology at MGH, focused on differences between memory and exhausted T cells in individuals with human hepatitis C virus (HCV) infection before and after treatment. After patients were treated and cured, their exhausted T cells tended to take on some properties of memory T cells but did not function as well as memory T cells.

“We saw some cosmetic improvement of the T cells that in a more superficial study could have been interpreted as real recovery, whereas in reality the key parameters determining the efficacy of a T cell were unchanged,” says Lauer. “A significant number of molecules that were altered were normalized after treatment, but others were stuck, and these were clearly the ones associated with T cell function.” This lack of recovery was especially prominent with a long duration of T cell stimulation by the virus; a shorter stimulation allowed the cells to revert to functional memory T cells.

“We are currently studying whether treating HCV with direct acting antiviral therapy in the acute phase of infection, instead of many years later, will result in full memory differentiation of T cells. If correct, this could indicate a short window of opportunity early during chronic infections to protect T cell function,” says Lauer.

Also, the molecules that the researchers found to be expressed in severely exhausted T cells might be targeted to rescue these cells.

A complementary study in the same issue of Nature Immunology that was led by Debattama Sen, PhD, at the Center for Cancer Research at MGH, and W. Nicholas Haining, BM, BCh, at Merck found that these exhausted T cells in chronic HCV infection were regulated epigenetically, or through physical changes in the cells’ chromosomes that affect the expression of genes. The investigators discovered that after clearing the virus, the epigenetic landscape of exhausted T cells was partially remodeled, but maintained many exhaustion-specific alterations, which the authors termed “epigenetic scars”. The epigenetic patterns paralleled the findings of the first paper on the protein and transcriptional level, indicating a key role for epigenetic control in determining the fate of the T cells. “These scars might be locking the exhausted T cells and preventing return to proper function even if the chronic infection in the patient is cured,” notes Sen. “Thus, restoring the function of these cells will likely require directly removing or inactivating these scarred regions to unlock the cells’ functionality.”

By comparing T cell responses across a range of viruses that are either effectively cleared (like influenza) or become chronic (like HCV and HIV), the scientists produced a map of where these exhaustion-specific scars occur. “This will enable precision editing and allow us to target the specific regions relevant to exhausted T cells and minimize off-target effects in other T cell populations,” says Sen.

The two studies were performed within an NIH/NIAID-funded U19 Cooperative Center on Human Immunology (CCHI) located at MGH. A third study on exhausted T cells, which was conducted by MGH CCHI investigators at the University of Pennsylvania, accompanies these two articles in Nature Immunology. A News & Views article in the journal provides additional perspectives on the implications of the studies’ findings.