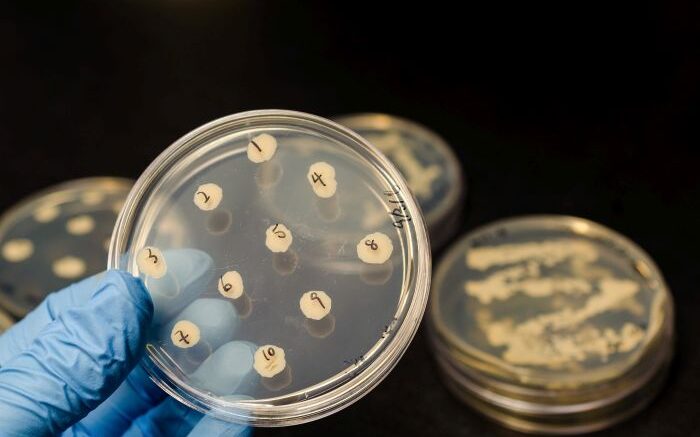 Antibiotic resistance is a growing problem worldwide that threatens the efficacy of available treatments and can lead to extended hospital stays and increased mortality. Researchers have long sought ways to address the problem. Given that antibiotic use fuels resistance, reducing antibiotic use offers an appealing strategy for curbing resistance.

“It makes sense intuitively,” said epidemiologist Melinda Pettigrew, PhD, at the Yale School of Public Health in New Haven, Conn., but limited data exist on how treatment duration affects resistance genes. The ultimate goal, she said, is to find an optimal dosage that reduces the use of antibiotics without compromising the health of patients.

But it can be done, suggests a study published this week in mBio. Pettigrew and her colleagues studied data from a randomized controlled trial of children who had been diagnosed with community-acquired pneumonia (CAP) and treated with beta-lactam antibiotics. The children were participants in a multi-institutional, NIH-funded study called SCOUT-CAP (NCT02891915), which found that a 5-day course of beta-lactam antibiotics was as effective as the standard 10-day course in treating CAP. Pettigrew led the microbiome sub-study of the SCOUT-CAP trial.

For their sub-study, Pettigrew and her colleagues wanted to track how the 2 treatment durations influenced antibiotic resistance genes and respiratory microbiota. They conducted shotgun metagenomic sequencing on DNA from throat swabs and stool samples collected from the children at 2 points—first, a few days after diagnosis with CAP, and then at the conclusion of the trial, a few weeks later.

Sequencing revealed fewer resistance genes in children who had received the 5-day treatment regimen compared to those who received the 10-day regimen. Some of those genes were associated with resistance to beta-lactam, which the researchers expected.

Surprisingly, the longer antibiotic course also led to a significant increase in resistance genes associated with multiple other antibiotics. “You can have increases in resistance to drugs other than the one you’re treating with,” she said. “There are all these off-target effects.” The researchers also found that treatment duration changed the population of commensal bacteria in different ways.

“So antibiotics don’t just impact the pathogens that we’re trying to treat,” Pettigrew said. “They can affect the microbiota as a whole.”
The SCOUT-CAP trial—including this sub-study—followed patients for 30 days. In future studies, Pettigrew said she’d like to study the clinical implications of antibiotic treatment over a longer term. “We know that antibiotics disrupt the microbiome and increase susceptibility to other pathogens,” she said, “but don’t have a measure of that risk.” The study also didn’t measure how long the effects persist. “We don’t know if the resistome [the collection of resistance genes in bacteria] and the microbiome will eventually return to normal.”

These kinds of studies could help researchers harness the microbiome to identify patients most at risk of antibiotic resistance. “If future investigations support these findings, these techniques could someday aid the FDA in determining drug safety profiles and establishing optimal treatment durations.

“The microbiome is so important for health, and disruption can lead to other downstream effects, including antibiotic resistance,” Pettigrew said.