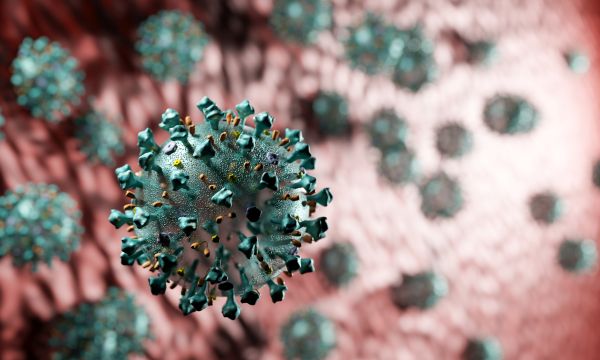 Fewer New Yorkers are dying from the coronavirus than health experts had anticipated, a new study shows. Regional death rates have dropped from the highs seen at the start of the outbreak, partially due to a shift in the population contracting the disease toward those who are more resilient.

After New York became the epicenter for the pandemic in early March, with tens of thousands dying from COVID-19, experts had expected that the infection would remain as deadly in the following months.

Instead, a new investigation showed that by mid-August the death rate in those hospitalized with coronavirus-related illness had dropped from 27 percentage points to about 3 percentage points. Led by researchers at NYU Grossman School of Medicine, the study showed that a younger, healthier group of people were getting infected and were arriving at the hospital with less-severe symptoms than those infected in the spring.

However, the researchers' analysis showed that these factors accounted for only part of the improvement in survival. The rest, they suspect, resulted from healthcare providers' growing experience with the coronavirus. For example, physicians learned that resting COVID-19 patients on their stomachs rather than their backs and delaying the use of ventilators as long as possible were more effective practices, say the study authors. Drugs likely helped as well. In addition, other factors such as decreasing hospital volumes, less exposure to infection, and earlier testing and treatment, may have played a role.

"Our findings suggest that while COVID-19 remains a terrible disease, our efforts to improve treatment are probably working," says study lead author Leora Horwitz, MD, an associate professor in the Department of Population Health at NYU Langone Health. "Even in the absence of a silver-bullet treatment or vaccine, we are protecting more of our patients through a host of small changes," says Horwitz, who is also director of the Center for Healthcare Innovation and Delivery Science at NYU Langone.

New York was among the first states to grapple with a severe outbreak of COVID-19. By contrast, death rates in more recent waves in southern and western regions of the country, which also had younger, healthier coronavirus patients, have been lower, says Horwitz. However, it had remained unclear whether the virus was less deadly due to the different patient demographics or improved care.

Horwitz says the new study, publishing online next week in the Journal of Hospital Medicine, is the most detailed analysis to date of coronavirus death rates over time. By accounting for age, obesity, and other key factors, the researchers were able to eliminate some explanations from the analysis.

For the investigation, the research team analyzed 5,263 patient records of people treated for COVID-19 at NYU Langone hospitals in New York City and Long Island between March 1 and Aug. 8. Using a range of risk factors for the disease as well as indicators of the severity of the illness upon hospitalization, the study authors developed a model that predicted likelihood of death for each patient.

According to the findings, the likelihood of death was on average 22 percentage points lower in August than in March for most critically ill patients.

The average age of hospitalized COVID-19 patients also dropped from 63 to 47. In March, while 73 percent had chronic conditions like lung disease and diabetes, by mid-June only about 65 percent had such risk factors.

"Other pandemic hotspots should take hope from the lessons learned here in New York," says study senior author Christopher Petrilli, MD, an assistant professor in the Department of Medicine at NYU Langone. "If we can do better at managing the disease, they can too."

Still, he adds that the research team next plans to expand the investigation to hospitals outside of New York.

Petrilli also cautions that while death rates are improving, COVID-19 still causes symptoms in some people that continue long after hospital patients are sent home, including fatigue, blood clots, and lung damage.

NYU Grossman School of Medicine provided all the necessary funding for the study.