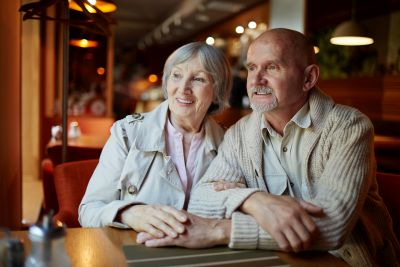 Although the COVID-19 pandemic provided a brief respite, influenza virus is back in circulation and, as usual, poses a special danger to people over the age of 65. But why are older people more susceptible to the flu? New research from the U-M Medical School, published in Nature Communications, offers clues.

The study, led by first author Judy Chen, a PhD candidate, senior author Daniel Goldstein, MD, the Eliza Maria Mosher Collegiate Professor in Internal Medicine and Professor of Microbiology and Immunology, and their team investigates why cells called alveolar macrophages, the first line of defense in the lungs, appear to be compromised with age.

These macrophages are immune cells that attack invaders like the flu virus and live in the small air sacs, or alveoli, inside the lungs. Importantly, these cells appear to be lost with aging.

Previous research by another group showed that when macrophages from an old mouse were put into a young mouse, and cells looked young again. “This drove us to believe that something in the environment of the lungs is contributing to this,” said Chen.

Signs pointed to a lipid immune modulator known as prostaglandin E2 (PGE2) with wide ranging effects, from labor induction in pregnancy to inflammation with arthritis. The study team discovered there is more PGE2 in the lungs with age. This increase in PGE2, Chen explained, acts on the macrophages in the lung, limiting their overall health and ability to generate.

The team suspects that the buildup of PGE2 is yet another marker of a biological process called senescence, which is often seen with age. Senescence serves as insurance against the runaway division of damaged cells; cells that are senescent are no longer able to replicate.

“One of the interesting things about these cells is they secrete a lot of inflammatory factors,” said Chen.

The study showed that with age, the cells lining the air sacs in the lungs become senescent, and these cells lead to increased production of PGE2 and suppression of the immune response.

To test the link between PGE2 and increased susceptibility to influenza, they treated older mice with a drug that blocks a PGE2 receptor. “The old mice that got that drug actually ended up having more alveolar macrophages and had better survival from influenza infection than older mice that did not get the drug,” said Chen.

The team plans to next investigate the various ways PGE2 affects lung macrophages as well as its potential role in inflammation throughout the body. “As we get older, we become more susceptible not only to influenza, but to other infections, cancers, autoimmune diseases as well.”