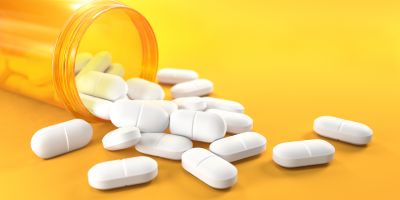 A study has found that much higher doses of antibiotics are needed to eliminate a bacterial infection of the airways when other microbes are present. It helps explain why respiratory infections often persist in people with lung diseases such as cystic fibrosis despite treatment.

In the study, published today in ISME Journal, researchers say that even a low level of one type of microbe in the airways can have a profound effect on the way other microbes respond to antibiotics.

The results highlight the need to consider the interaction between different species of microbe when treating infections with antibiotics - and to adjust dosage accordingly.

“People with chronic infections often have co-infection with several pathogens, but the problem is we don’t take that into account in deciding how much of a particular antibiotic to treat them with. Our results might help explain why, in these people, the antibiotics just don’t work as well as they should,” said Thomas O’Brien, who carried out the research for his PhD in the University of Cambridge’s Department of Biochemistry and is joint first author of the paper.

Chronic bacterial infections such as those in the human airways are very difficult to cure using antibiotics. Although these types of infection are often associated with a single pathogenic species, the infection site is frequently co-colonized by a number of other microbes, most of which are not usually pathogenic in their own right.

Treatment options usually revolve around targeting the pathogen, and take little account of the co-habiting species. However, these treatments often fail to resolve the infection. Until now scientists have had little insight into why this is.

To get their results the team developed a simplified model of the human airways, containing artificial sputum (‘phlegm‘) designed to chemically resemble the real phlegm coughed up during an infection, packed with bacteria.

The model allowed them to grow a mixture of different microbes, including pathogens, in a stable way for weeks at a time. This is novel, because usually one pathogen will outgrow the others very quickly and spoil the experiment. It enabled the researchers to replicate and study infections with multiple species of microbe, called ‘poly-microbial infections’, in the laboratory.

The three microbes used in the experiment were the bacteria Pseudomonas aeruginosa and Staphylococcus aureus, and the fungus Candida albicans – a combination commonly present in the airways of people with cystic fibrosis.

“We were surprised to find that an antibiotic that we know should clear an infection of Pseudomonas effectively just didn’t work in our lab model when other bugs were present,” said Wendy Figueroa-Chavez in the University of Cambridge’s Department of Biochemistry, joint first author of the paper.

The researchers found that significantly higher doses of each antibiotic were needed to kill bacteria when it was part of poly-microbial infection, compared to when no other pathogens were present.

“All three species-specific antibiotics were less effective against their target when three pathogens were present together,” said Martin Welch, professor of microbial physiology and metabolism in the University of Cambridge’s Department of Biochemistry and senior author of the paper.

At present antibiotics are usually only laboratory tested against the main pathogen they are designed to target, to determine the lowest effective dose. But when the same dose is used to treat infection in a person it often doesn’t work, and this study helps to explain why. The new model system will enable the effectiveness of potential new antibiotics to be tested against a mixture of microbe species together.

By looking at the genetic code of the Pseudomonas bacteria in their lab-grown mix, the researchers were able to pinpoint specific mutations that give rise to this antibiotic resistance. The mutations were found to arise more frequently when other pathogens were also present.

Comparison with the genetic code of 800 samples of Pseudomonas from around the world revealed that these mutations have also occurred in human patients who had been infected with Pseudomonas and treated with colistin.

“The problem is that as soon as you use an antibiotic to treat a microbial infection, the microbe will start to evolve resistance to that antibiotic. That’s what has happened since colistin started to be used in the early 1990s. This is another reminder of the vital need to find new antibiotics to treat human infections,” said Welch.