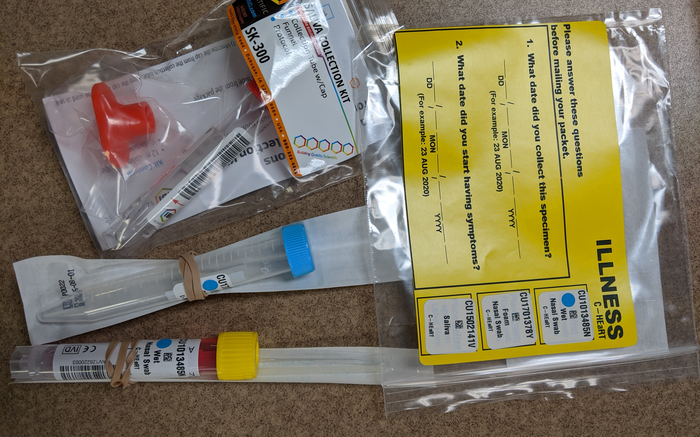 New research addresses the misconception that children are less susceptible to infection with the new coronavirus. According to a recent report in JAMA Pediatrics, children and adults have similar risks of becoming infected with SARS-CoV-2, but a much larger proportion of infected children do not show symptoms of COVID-19. When one household member is infected, there is a 52% chance they will transmit it to at least one other person with whom they live.

The findings are based on the Coronavirus Household Evaluation and Respiratory Testing (C-HEaRT) study led by the Centers for Disease Control and Prevention (CDC) in collaboration with investigators at University of Utah Health, Columbia University, Marshfield Virology Laboratory, and Abt Associates.

“Often, it seemed like children weren’t sick because they didn’t have any symptoms,” says Christina Porucznik, PhD, professor of public health at U of U Health, who led investigation of 189 families in Utah. “But some were actually infected, and they could still spread COVID-19.”

Early in the pandemic, reports indicated that children accounted for the minority of COVID-19 cases. However, the observation was not able to distinguish between two scenarios. One was that children were less susceptible to infection. Another was that reported case rates in children were artificially low because they did not show symptoms, and therefore were not tested.

To better understand infection dynamics, the C-HEaRT study followed 310 households with one or more children aged 0 to 17 years in Utah and New York City. More than 1,236 study participants submitted samples for weekly molecular testing (PCR) for SARS-CoV-2 infections and completed weekly questionnaires about symptoms. On average, each person was observed for 17 weeks, and the report included a total of 21,465 person-weeks of surveillance time. The results were from September 2020 through April 2021, before the Delta variant emerged in the U.S.

The study showed that:

More research will need to be done to investigate whether differences in housing density, the timing of emergence of the Delta variant, or other factors contributed to differences in household transmission rates in Utah and New York. Additionally, infection rates and household infection risk may be higher in the general population since study participants could be more likely to carry out COVID-19 prevention behaviors.

This study’s results highlight that many infections in children go undetected, underscoring the need for surveillance testing and for children to continue public health safety measures to protect the people around them, Porucznik says. “We know that until kids can be vaccinated, it’s still important for them to wear masks when they’re in groups and to keep them apart,” she says. “And most of all, when they are sick, keep them home.”