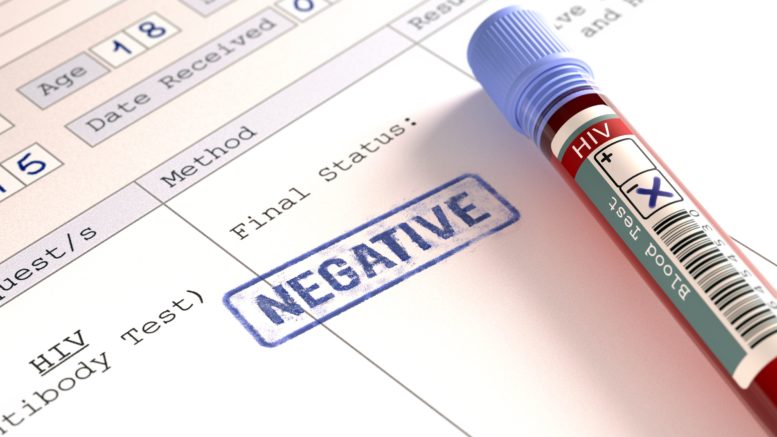 Long-term follow-up of the London patient suggests no detectable active HIV virus remains in the patient.
Although the treatment is high-risk and only suitable for certain patients, the results provide evidence that this patient is the second to be cured of the virus - replicating the finding that HIV cure is possible through stem cell transplantation. [1]
A study of the second HIV patient to undergo successful stem cell transplantation from donors with a HIV-resistant gene, finds that there was no active viral infection in the patient's blood 30 months after they stopped anti-retroviral therapy, according to a case report published in The Lancet HIV journal and presented at CROI (Conference on Retroviruses and Opportunistic Infections).

Although there was no active viral infection in the patient's body, remnants of integrated HIV-1 DNA remained in tissue samples, which were also found in the first patient to be cured of HIV. The authors suggest that these can be regarded as so-called 'fossils', as they are unlikely to be capable of reproducing the virus.

Lead author on the study, professor Ravindra Kumar Gupta, University of Cambridge, UK, says, "We propose that these results represent the second ever case of a patient to be cured of HIV. Our findings show that the success of stem cell transplantation as a cure for HIV, first reported nine years ago in the Berlin patient, can be replicated."

While most HIV patients can manage the virus with current treatment options and have the possibility of living a long and healthy life, experimental research of this kind following patients who have undergone high-risk, last-resort curative treatments, can provide insight into how a more widely applicable cure might be developed in the future.

In 2011, another patient based in Berlin (the 'Berlin patient') was the first HIV patient to be reported cured of the virus three and half years after undergoing similar treatment. Their treatment included total body irradiation, two rounds of stem cell transplant from a donor who carried a gene (CCR5Δ32/Δ32) that is resistant to HIV, and a chemotherapy drug regimen. [2] The transplant aims to make the virus unable to replicate in the patient's body by replacing the patient's immune cells with those of the donors, whilst the body irradiation and chemotherapy targets any residual HIV virus.

The patient reported in this study (the 'London patient'), underwent one stem-cell transplantation, a reduced-intensity chemotherapy drug regimen, without whole body irradiation. In 2019, it was reported that their HIV was in remission, and this study provides follow-up viral load blood test results at 30-months and a modelling analysis to predict the chances of viral re-emergence.

Ultrasensitive viral load sampling from the London patient's cerebrospinal fluid, intestinal tissue, or lymphoid tissue was taken at 29 months after interruption of ART and viral load sampling of their blood at 30 months. At 29 months, CD4 cell count (indicators of immune system health and stem cell transplantation success) was measured, and the extent to which the patient's immune cells have been replaced by those derived from the transplant.

Results showed no active viral infection was detected in samples of the patient's blood at 30 months, or in their cerebrospinal fluid, semen, intestinal tissue, and lymphoid tissue 29 months after stopping ART.

The patient had a healthy CD4 cell count, suggesting they have recovered well from the transplant, with their CD4 cells replaced by cells derived from the HIV-resistant transplanted stem cells.

Furthermore, 99% of the patient's immune cells were derived from the donor's stem cells, indicating the stem-cell transplant had been successful.

Comparing to the treatment used on the Berlin patient, the authors highlight that their case study of the London patient represents a step towards a less intensive treatment approach, showing that the long-term remission of HIV can be achieved using reduced intensity drug regimens, with one stem cell transplant (rather than two) and without total body irradiation.

However, being only the second reported patient to undergo this experimental treatment successfully, the authors note that that the London patient will need continued, but much less frequent, monitoring for re-emergence of the virus.

Speculating on what their results might mean for future developments of HIV cures that utilise the CCR5 (HIV resistant) gene, co-author on the study, Dr. Dimitra Peppa, University of Oxford, UK, says, "Gene editing using the CCR5 has received a lot of attention recently. The London and Berlin patient are examples of using the CCR5 gene in curative therapies outside of gene editing. There are still many ethical and technical barriers - e.g. gene editing, efficiency and robust safety data - to overcome before any approach using CCR5 gene editing can be considered as a scalable cure strategy for HIV." [2]

Writing in a linked Comment, lead author professor Sharon R Lewin, University of Melbourne, Australia, (who was not involved in the study), says, "The finding of no intact virus can be reassuring for a patient who might face significant anxiety and uncertainty about whether and when viral rebound off ART might occur, which in other settings has been completely unpredictable. Given the large number of cells sampled here and the absence of any intact virus, is the London patient truly cured? The additional data provided in this follow up case report is certainly encouraging but unfortunately in the end, only time will tell."