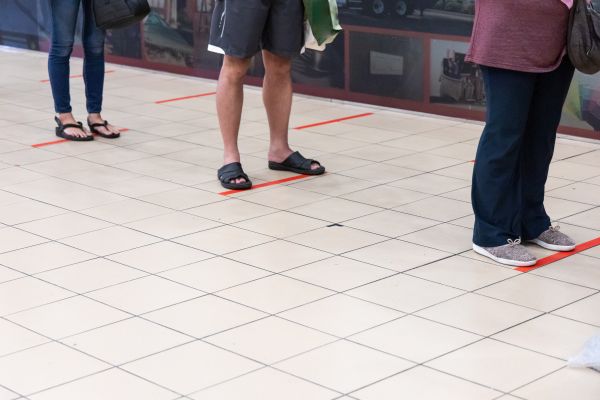 A new study conducted by a team of researchers, including University of Colorado Denver Business School associate professor Jiban Khuntia, PhD, found while social distancing is an effective preventive measure in the fight against COVID-19, there are significant variations being observed in how and why individuals follow the restrictions. The reasons ascribed in the study are: (1) citizen's perception that government is doing good by responding to COVID situation, (2) citizen's perception of government business reopening efforts are good, (3) messages sent to citizens through different information sources, (4) specific social media use and (5) levels of knowledge around COVID.

Looking at three different countries--the United States, Kuwait, and South Korea--researchers found government response efforts to COVID-19 heavily influenced self-adherence to social distancing measures. According to data collected, overall, people believe they are following social distancing recommendations, but when asked if others adhering, the numbers decrease, as shown in the table below.

According to researchers, governments who instilled fear instead of providing important, knowledgeable information, are less likely to be trusted. This fear can lead to panic and limited adherence to policies implemented later. For example, in the United States, some citizens are hesitant to follow masks orders because they believe it will take away their freedom. Khuntia believes governments should have stated early-on that mask-wearing does not infringe on your freedom, but rather saves lives.

"The sole argument of this research is that the government should have given citizens a much better informative story, channelized through 'more personal' broadcasting and media sources than it was handled," says Khuntia. "Rather than focus on political ramifications, and media-driven 'sensational breaking stories', a positive, well put-together message should have been formed."

When comparing the different countries' responses to government mandates, the United States and Kuwait expect the government to provide enough information and rationale as to why they are taking away certain freedoms (staying inside, limiting gatherings, etc.). On the other hand, looking at South Korea, respondents are more willing to give up individual freedoms during a national crisis, regardless of the in-depth rationale provided by government officials.

When it comes to shaping decisions based on knowledge, Khuntia notes that higher knowledge level is influential in shaping the decisions on self-adherence for the US, whereas it raises a skepticism on others' adherence decisions for Kuwait.

"A possible reason may be due to differences in the cultural norm as well as the information surrounding the culture or community--i.e., health promotion behavior across cultures," says Khuntia.

With no current cure for COVID-19 and with no vaccine available, governments will have to continue to implement social distancing measures. They must keep in mind that there is a feeling of uneasiness and frustration with the economic downturn and loss of certain freedoms.

Researchers from this study conclude that public opinions must be considered while implementing new d to provide knowledge about the disease along with information that should calm the citizens, and messages should nudge citizens on what others in their community are doing in terms of health-prom COVID policies, in addition to medical research.