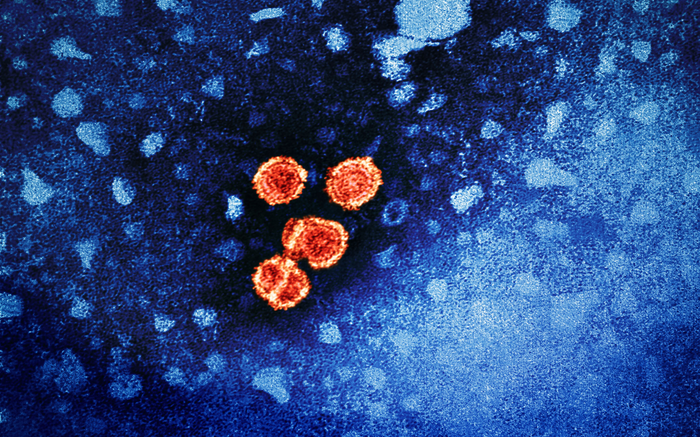 A three-dose course of the hepatitis B vaccine HEPLISAV-B fully protected adults living with HIV who had never been vaccinated against or infected with the hepatitis B virus (HBV), according to study findings presented at the IDWeek conference in Washington, D.C. The National Institute of Allergy and Infectious Diseases (NIAID), part of the National Institutes of Health, sponsors the ongoing Phase 3 ACTG A5379 clinical study.

HBV is spread primarily through sexual contact and sharing of contaminated needles. It causes chronic hepatitis B infection and can lead to progressive liver disease. People living with HIV, including those who are taking antiretroviral therapy, are at greater risk of liver-related illness and death when co-infected with HBV. According to the Centers for Disease Control and Prevention, 10% of U.S. adults with HIV also have hepatitis B. People living with HIV are less likely to produce a protective immunological response to HBV vaccination. The HEPLISAV-B vaccine, made by the Dynavax Technologies Corp.  was approved in 2017 by the U.S. Food and Drug Administration as a two-dose vaccine regimen for adults. However, little was known about its protective effects in people living with HIV.

Led by study chairs Kenneth E. Sherman, MD, PhD, of the University of Cincinnati College of Medicine, and Kristen Marks, MD, of Weill Cornell Medical College, New York City, the researchers tested a three-dose course of HEPLISAV-B among 68 adults living with HIV at 38 sites in the United States, South Africa, and Thailand. None of the participants had received a previous HBV vaccination or had evidence of a previous HBV infection; all were on antiretroviral therapy. Following the initial dose of HEPLISAV-B vaccine 0.5 milliliter (mL) as an intramuscular injection, study participants received additional doses at four weeks and 24 weeks. The objective of this part of the study was to assess anti-HBV surface antibodies (HBsAbs) greater than or equal to 10 milli-international units per milliliter (mIU/mL) at week 28 (defined as seroprotection from HBV) and to assess the vaccine’s safety.

The international study will continue to examine the effects of two-dose HEPLISAV-B, as well as a three-dose regimen of another hepatitis B vaccine (ENGERIX-B, manufactured by GSK) among adult participants with HIV who were previously vaccinated against HBV but who did not achieve an adequate immunologic response. The clinical trial is estimated to complete vaccinations in March 2023.