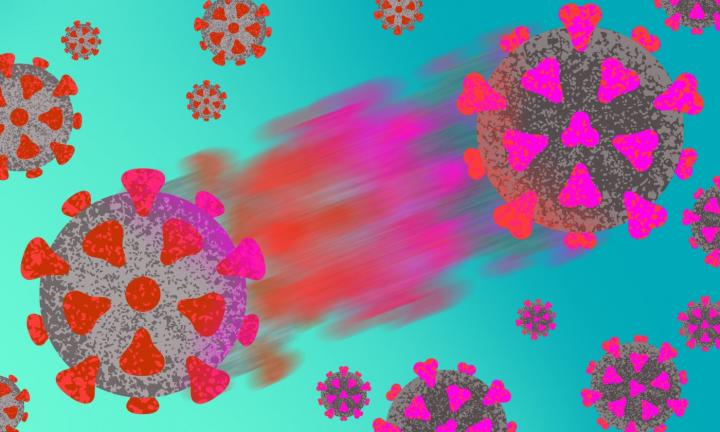 A highly contagious SARS-CoV-2 variant was unknowingly spreading for months in the United States by October 2020, according to a new study from researchers with the University of Texas at Austin COVID-19 Modeling Consortium. Scientists first discovered it in early December in the United Kingdom, where the highly contagious and more lethal variant is thought to have originated. The journal Emerging Infectious Diseases, which has published an early-release version of the study, provides evidence that the coronavirus variant B117 (501Y) had spread across the globe undetected for months when scientists discovered it.

"By the time we learned about the U.K. variant in December, it was already silently spreading across the globe," said Lauren Ancel Meyers, the director of the COVID-19 Modeling Consortium at The University of Texas at Austin and a professor of integrative biology. "We estimate that the B117 variant probably arrived in the U.S. by October of 2020, two months before we knew it existed."

Analyzing data from 15 countries, researchers estimated the chance that travelers from the U.K. introduced the variant into 15 countries between Sept. 22 and Dec. 7, 2020. They found that the virus variant had almost certainly arrived in all 15 countries by mid-November. In the U.S., the variant probably had arrived by mid-October.

"This study highlights the importance of laboratory surveillance," Meyers said. "Rapid and extensive sequencing of virus samples is critical for early detection and tracking of new variants of concern."

In conjunction with the paper's publication, consortium members developed a new tool that decision-makers anywhere in the United States can use in planning for genetic sequencing that helps to detect the presence of variants. To help the U.S. expand national surveillance of variants, the new online calculator indicates the number of virus samples that must be sequenced in order to detect new variants when they first emerge. For example, if the goal is to detect an emerging variant by the time it is causing 1 out of every 1,000 new COVID-19 infections, approximately 3,000 SARS-CoV-2 positive specimens per week need to be sequenced.

"Health officials are looking for better ways to manage the unpredictability of this virus and future variants," said Spencer Woody, a postdoctoral fellow at the UT COVID-19 Modeling Consortium. "Our new calculator determines how many positive SARS-CoV-2 specimens must be sequenced to ensure that new threats are identified as soon as they start spreading."

He explained that the calculator has a second feature. "It also helps labs figure out how quickly they will detect new variants, given their current sequencing capacity."

"We created this tool to support federal, state and local health officials in building credible early warning systems for this and future pandemic threats," Meyers said.

The research was funded by Hong Kong's Health and Medical Research Fund, the National Institutes of Health and the Centers for Disease Control and Prevention.