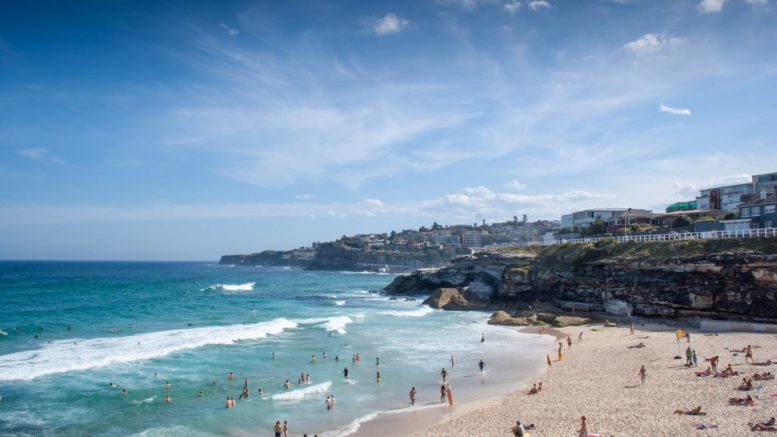 New study highlights the potential risk for significant levels of human exposure to antibiotic resistant bacteria within coastal beaches that are subject to urban run-off. Courtesy of Will Langenberg on unsplash

The research highlights the exchange of antibiotic resistant microbes between human waste-water streams and natural ecosystems and a mechanism for potentially significant AbR exposure risk to humans, the researchers say.

The results of the study, published in Water Research, provide clear links between storm-water discharge, which sometimes includes wet-weather sewer overflow (WWSO) events, and the presence of AbR in microorganisms living in urban beach habitats.

The research suggests that stormwater, sewage and urban waste-stream infrastructure, such as pipes, are potential reservoirs and channels for the spread of AbR into natural coastal waters.

The rapid rise of antibiotic resistance within medical, agricultural, urban and natural systems is of major global concern, and is largely a consequence of the mis-use and overuse of antibiotics by humans.

The University of Technology (UTS) led research targeted 31 AbR genes -- including genes that provide bacteria with resistance to important front-line antibiotics used to treat common human and animal diseases -- and found large increases in the abundances of these genes within coastal seawater immediately after rainfall.

First author Dr. Ric Carney, who conducted the research as part of his PhD in the Climate Change Cluster at UTS, said the study is unique in the way that it combined an intense sampling regime with molecular biological approaches to track patterns in AbR genes at two contrasting study sites - Foreshore Beach within Botany Bay and Maroubra Beach, in southern Sydney.

"The study provides new insights into the timing and mechanisms for the input of AbR bacteria in urban beach environments, regularly used by humans for recreational activities," Carney says. "The presence of AbR genes increased significantly in conjunction with storm-water input and modelled WWSO events, which occur after rainfall. Our results indicate that some bacteria present within urban waste streams carry AbR genes, which are subsequently washed into natural marine environments via storm-water outlets," he says.

"This research highlights the potential risk for significant levels of human exposure to antibiotic resistant bacteria within coastal beaches that are subject to urban run-off, but the health implications of this exposure are as yet undefined," Seymour says. "However, our findings really reinforce the messages from authorities to avoid swimming in the ocean and other waterways after heavy rainfall. This is a global issue that will impact any urbanized coastal region, and highlights the often overlooked environmental consequences of high levels of antibiotic use by human populations."