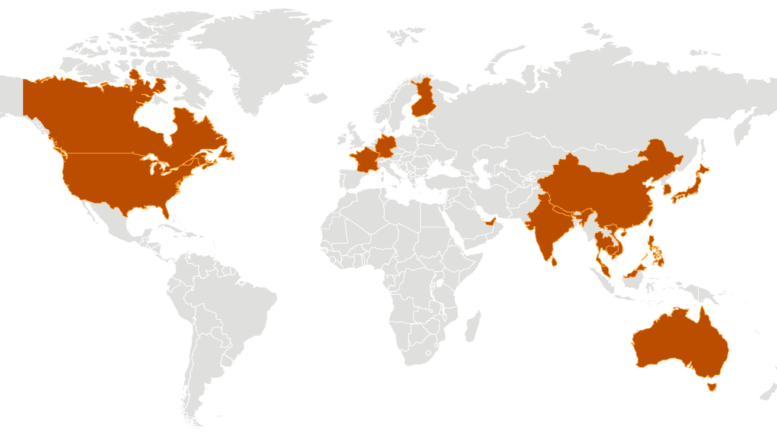 The members of the International Health Regulations (2005) Emergency Committee of the World Health Organization (WHO) have declared a Public Health Emergency of International Concern (PHEIC) regarding the outbreak of novel coronavirus (2019-nCoV) in the People’s Republic of China.

At the second meeting of the Emergency Committee convened by the WHO Director-General under the International Health Regulations (IHR) (2005), representatives of China's Ministry of Health reported on the current situation and the public health measures being taken. There are now 7,711 confirmed and 12,167 suspected cases throughout the country. Of the confirmed cases, 1,370 are severe and 170 people have died; 124 people have recovered and been discharged from the hospital.

The WHO Secretariat provided an overview of the situation in other countries. There are now 82 cases in 18 countries. Of these, only seven had no history of travel in China. There has been human-to-human transmission in three countries outside China. One of these cases is severe and there have been no deaths.

The Committee recognized the commitment of the very highest levels of Chinese government authorities to transparency, and the efforts made to investigate and contain the current outbreak. China quickly identified the virus and shared its sequence, so that other countries could diagnose it quickly and protect themselves, which has resulted in the rapid development of diagnostic tools.

The very strong measures the country has taken include daily contact with WHO and comprehensive multi-sectoral approaches to prevent further spread. It has also taken public health measures in other cities and provinces; is conducting studies on the severity and transmissibility of the virus and sharing data and biological material. The country has also agreed to work with other countries who need their support. The measures China has taken are good not only for that country but also for the rest of the world.

The Committee also acknowledged that there are still many unknowns, cases have now been reported in five WHO regions in one month, and human-to-human transmission has occurred outside Wuhan and outside China.

The Committee believes that it is still possible to interrupt virus spread, provided that countries put in place strong measures to detect disease early, isolate and treat cases, trace contacts, and promote social distancing measures commensurate with the risk. It is important to note that as the situation continues to evolve, so will the strategic goals and measures to prevent and reduce spread of the infection. The Committee agreed that the outbreak now meets the criteria for a Public Health Emergency of International Concern and proposed the following advice to be issued as Temporary Recommendations.

The Committee emphasized that the declaration of a PHEIC should be seen in the spirit of support and appreciation for China, its people, and the actions China has taken on the frontlines of this outbreak, with transparency, and, it is to be hoped, with success. In line with the need for global solidarity, the Committee felt that a global coordinated effort is needed to enhance preparedness in other regions of the world that may need additional support for that.

The Committee welcomed a forthcoming WHO multidisciplinary technical mission to China, including national experts. The mission should review and support efforts to investigate the animal source of the outbreak, the clinical spectrum of the disease and its severity, the extent of human-to-human transmission in the community and in healthcare facilities, and efforts to control the outbreak. This mission will provide information to the international community to aid in understanding the situation and its impact and enable sharing of experience and successful measures.

The Committee re-emphasized the importance of studying the possible source, to rule out ongoing hidden transmission. The Committee also emphasized the need for enhanced surveillance in regions outside Hubei, including pathogen genomic sequencing, to understand whether local cycles of transmission are occurring.

The Committee recommended that:

- World leaders should engage in the discussion about proportionality in control measures, particularly with regard to potentially damaging travel and trade restrictions.

- WHO should continue to use its networks of technical experts to assess how best this outbreak can be contained globally.

- WHO should provide intensified support for preparation and response, especially in vulnerable countries and regions.

- Measures to ensure rapid development and access to potential vaccines, diagnostics, antiviral medicines and other therapeutics for low- and middle-income countries should be developed.

- WHO should continue to provide all necessary technical and operational support to respond to this outbreak, including with its extensive networks of partners and collaborating institutions, to implement a comprehensive risk communication strategy, and to allow for the advancement of research and scientific developments in relation to this novel coronavirus.

- WHO should continue to explore the advisability of creating an intermediate level of alert between the binary possibilities of PHEIC or no PHEIC, in a way that does not require reopening negotiations on the text of the IHR (2005).

WHO's Director-General indicated that the People’s Republic of China should continue to:

- Implement a comprehensive risk communication strategy to regularly inform the population on the evolution of the outbreak, the prevention and protection measures for the population, and the response measures taken for its containment.

- Ensure the resilience of the health system and protect the health workforce.

- Collaborate with WHO and partners to conduct investigations to understand the epidemiology and the evolution of this outbreak and measures to contain it.

- Strengthen the efforts to identify a zoonotic source of the outbreak, and particularly the potential for ongoing circulation with WHO as soon as it becomes available.

- Conduct exit screening at international airports and ports, with the aim of early detection of symptomatic travelers for further evaluation and treatment, while minimizing interference with international traffic.