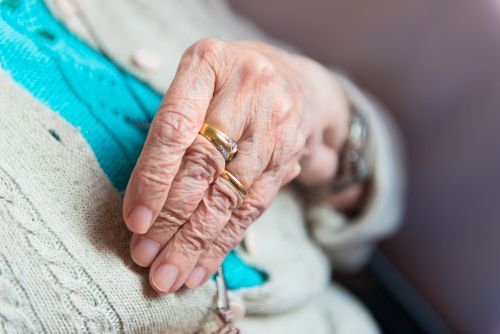 Researchers in Belgium report on the case of a 90-year-old woman who was simultaneously infected with two different variants of concern (VOCs) of COVID-19, in a case report being presented at the European Congress of Clinical Microbiology & Infectious Diseases (ECCMID) held online this year.

On March 3 2021, the woman, whose medical history was unremarkable, was admitted to the OLV Hospital in the Belgian city of Aalst after a spate of falls. She tested positive for COVID-19 on the same day. She lived alone and received nursing care at home, and had not been vaccinated against COVID-19.

Initially, there were no signs of respiratory distress and the patient had good oxygen saturation. However, she developed rapidly worsening respiratory symptoms, and died five days later.

When the patient's respiratory sample was tested for VOCs with PCR, they discovered that she had been infected by two different strains of the virus--one which originated in the UK, known as B.1.1.7 (Alpha), and another that was first detected in South Africa (B.1.351; Beta).

The presence of both strains was confirmed by PCR on a second respiratory sample, by sequencing of the S-gene and by whole genome sequencing.

"This is one of the first documented cases of co-infection with two SARS-CoV-2 variants of concern," says lead author and molecular biologist Dr. Anne Vankeerberghen from the OLV Hospital in Aalst, Belgium. "Both these variants were circulating in Belgium at the time, so it is likely that the lady was co-infected with different viruses from two different people. Unfortunately, we don't know how she became infected."

On Dec. 14, 2020, the UK authorities informed WHO that a variant (B.1.1.7; Alpha) had been detected in the south east of England (Kent). Within a few weeks, this variant took over from the viral strains circulating in this region, and has since spread to more than 50 countries, including Belgium. On Dec. 18, 2020, the South African authorities reported that a variant (B.1.351; Beta) had been detected and was spreading rapidly throughout three provinces of South Africa, and has now been identified in at least 40 countries, including Belgium.

In January 2021, scientists in Brazil reported that two people had been simultaneously infected with two different strains of the coronavirus--the Brazilian variant known as B.1.1.28 (E484K) and a novel variant VUI-NP13L, which had previously been discovered in Rio Grande do Sul. But the study has yet to be published in a scientific journal. Previous research has reported people infected with different influenza strains.

"Whether the co-infection of the two variants of concern played a role in the fast deterioration of the patient is difficult to say," says Vankeerberghen. "Up to now, there have been no other published cases. However, the global occurrence of this phenomenon is probably underestimated due to limited testing for variants of concern and the lack of a simple way to identify co-infections with whole genome sequencing."

She continues, "Since co-infections with variants of concern can only be detected by VOC-analysis of positive samples, we would encourage scientists to perform fast, easy and cheap VOC-analysis by PCR on a large proportion of their positive samples, rather than just whole genome sequencing on a small proportion. Independent of the technique used, being alert to co-infections remains crucial."