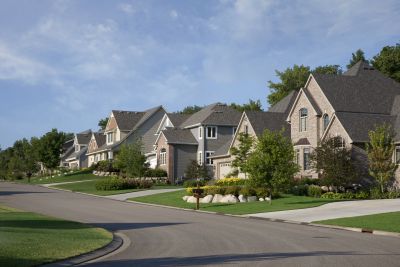 Markers of the pandemic's impact -- testing rates, positivity ratio (cases among total tests), case rates by overall population and deaths -- are clustered in neighborhoods, with low-income and predominantly minority communities experiencing worse outcomes than wealthier and predominantly white neighborhoods. The findings, part of the first research to look at comprehensive neighborhood-level data from March through September 2020 from three large U.S. cities -- Chicago, New York and Philadelphia -- were published today in Annals of Internal Medicine by researchers from Drexel University's Dornsife School of Public Health.

The study is the first to look at data on tests, cases and deaths per zip code from the cities' health departments and drill down to disparities among communities. The Drexel team compared these numbers to data from the Centers for Disease Control and Prevention's 2018 Social Vulnerability Index, including socioeconomic status, household data, minority status, language spoken, housing type and transportation. The CDC's Social Vulnerability index, which assesses the resources that could be used to prevent suffering and financial loss in the event of a pandemic, is calculated using data from the 2014-2018 American Community Survey.

"We've been documenting the potential existence of these disparities from the early days of the pandemic," said lead author Usama Bilal, PhD, MD, an assistant professor in Drexel's Dornsife School of Public Health. "Now we have comprehensive data on some of the deadly effects from residential segregation, structural and environmental racism and economic injustice in the ongoing pandemic."

The paper highlights where hot spots of COVID-19 are found in major cities and shows that social inequalities in COVID-19 outcomes -- in positivity, incidence and mortality -- are concentrated in specific zip codes and are strongly associated with social vulnerability.

"The pandemic has highlighted, once again, how the social determinants of health, including social and economic inequalities, as well as structural racism, have profound effects on health," said senior author Ana V. Diez Roux, MD, PhD, dean of the Dornsife School of Public Health. "In addition to addressing the starkly inequitable impact of the pandemic today, we must recognize that improving the nation's health requires acting on underlying social and economic drivers, including the pervasive effects of structural racism."

Although the team found much higher rates of COVID deaths in neighborhoods with higher social vulnerability, such a link was not seen in Philadelphia.

"We've seen similar disparities with HIV and other health problems, but the pattern becomes clearer in an international health emergency that would be hard to control if it's not controlled everywhere," Bilal said. "We need more testing, vaccination, but also better working conditions with expanded access to personal protective equipment, paid sick leave and more investment in low-income communities."

The authors note that these inequities are likely much larger than reported in the study as a result of a lack of systematic widespread testing in many cities across the United States.

In addition to Bilal and Diez-Roux, co-authors on the study include Sharrelle Barber, ScD, and Loni P. Tabb, PhD, of Drexel.

This research was supported by the National Institutes of Health and the Robert Wood Johnson Foundation.

1 Comment on "Your Neighborhood May Influence Your COVID-19 Risk"