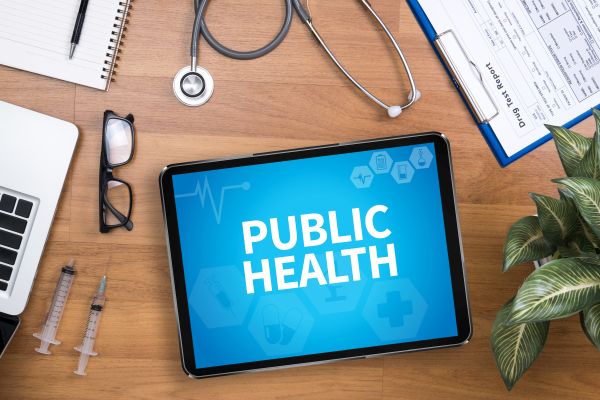 Distrust and, at times, outright dismissal of public health’s evolving pandemic guidance might have been minimized by relying more heavily on input and guidance from ethicists, argue the authors of a new perspective piece in The New England Journal of Medicine.

“Policymaking always involves tradeoffs based on evolving evidence and values, and public health ethics is particularly good at identifying and working through conflicts between the two with the best interest of the broader community in mind,” said Amy Fairchild, dean of Ohio State University College of Public Health, who co-wrote the piece with Efthimios Parasidis, a health law and bioethics expert in Ohio State’s colleges of law and public health.

The authors acknowledge public health’s missteps, including over-simplifying messaging by characterizing policy as “following the science,” and the repercussions of that approach.

And they write that public health decision-makers often failed “to adequately explain the reasoning behind their decisions about interventions such as mask mandates, quarantine and isolation policies, mandatory testing, and transitions to remote work and learning…without acknowledging that the data models they were relying on have varying degrees of accuracy and reliability, that the available evidence would evolve and require reevaluation, and that reasonable people could disagree about how to translate data into policy.”

“In fact, officials sometimes relied on ‘noble lies,’ intentionally misrepresenting facts in order to support their decisions, simplify communications, or maintain calm,” Fairchild and Parasidis write. “These tactics eroded public trust, hindered adoption of COVID mitigation measures, and fueled social movements opposing health policies and officials. Once ‘follow the science’ was exposed as an overly simplistic mantra, various segments of the public chose for themselves what guidance they would follow.”

Public health ethicists, who concern themselves with the balance between individual freedom and community good, are too few and were not called upon often enough to help sort through the murky territory of guiding policy in the face of shifting evidence and understanding about COVID-19, write Parasidis and Fairchild, who is a public health historian and ethicist

The power of public health ethicists to guide policy is limited in places where the political landscape is unfriendly to the field and has pulled back on public health’s powers, the authors write. But there are opportunities for ethics to weigh more heavily into policymaking and to influence how those policies are communicated to the public, Fairchild and Parasidis say, including through federal offices such as the Centers for Disease Control and Prevention and national organizations including the American Public Health Association.

They note that a core CDC publication, Ethical Guidance for Public Health Emergency Preparedness and Response, hasn’t been updated for 14 years and that none of the dozens of pandemic-related resources provided by the National Association of County and City Health Officials details how to incorporate ethics or ethicists into public health decision making.

In the university setting, better pragmatic ethics training for the public health workforce could make a difference, the authors say, explaining that few graduate programs have mandatory ethics courses and most cover ethics in a limited way.

It’s important, they note, to distinguish public health ethics and its keen focus on community health and social justice from bioethics, which often centers on questions of patient care, emerging technologies and research protections.

“Public health practitioners must address complex questions of health, equity, and social justice. We believe deliberately and strategically involving ethicists in these decisions is essential,” Fairchild and Parasidis write.