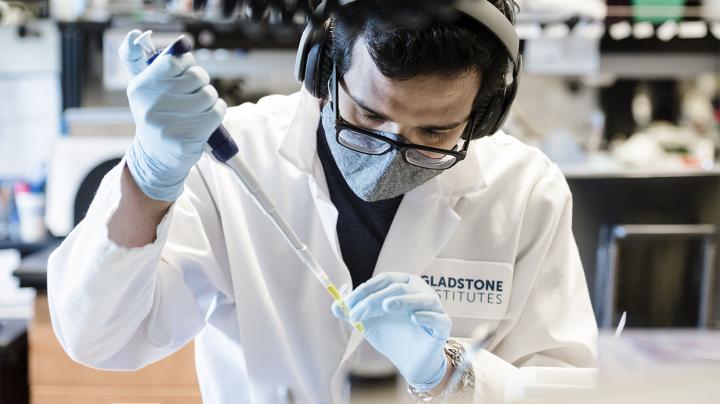 In January 2021, reports of a new coronavirus variant that had emerged in California raised many concerns. Preliminary data suggested that it is more transmissible than the unmutated strains of SARS-CoV-2 (the virus that causes COVID-19) from which it evolved.

Now, a multifaceted collaboration between researchers at UC San Francisco, Gladstone Institutes, and other organizations across California provides a comprehensive portrait of the variant--including its interaction with the immune system and its potential to spread.

"Our findings suggest that California's homegrown variant can infect people who already had COVID-19, but that it is vulnerable to vaccines," says Charles Chiu, MD, PhD, director of the UCSF-Abbott Viral Diagnostics and Discovery Center, and one of the co-senior authors of the study published in the journal Cell. He helped discover and report the new variant as a "variant of concern" earlier this year to the Centers for Disease Control and other health agencies.

"The take-home message is that everyone should get vaccinated, even if you've been infected before," says Chiu. The new findings appear in the journal Cell.

Like all viruses, SARS-CoV-2 mutates over time, and new variants with distinct combinations of mutations arise continuously. Not all variants are cause for concern, but some variants appear to spread faster than others. This is thought to be due to mutations that enhance the function of the virus's spike protein, which it uses to latch onto and infect human cells.

California's variant actually comes in two different forms, dubbed B.1.427 and B.1.429, and each have a unique combination of mutations. But they are paired as a single variant because they share a few distinct mutations that affect the spike protein.

"When this variant emerged in California, it was important to determine how much of a risk it might pose," says Melanie Ott, MD, PhD, director of the Gladstone Institute of Virology and a co-senior author on the study. "But we needed to sequence--or analyze--its genome and conduct follow-up experiments to really understand it."

The researchers sequenced samples from 2,172 COVID-19 swab tests conducted in dozens of California counties. Analysis of the sequences suggested that the variant emerged in May 2020 and subsequently gave rise to the two current forms.

Between September 1, 2020, and January 29, 2021, the prevalence of the variant in the sequenced samples rose from 0 percent to more than 50 percent of cases. Its transmissibility appeared to be as much as 24 percent higher than unmutated viral strains, and people infected with the new variant had two times more virus present in their swab samples than people infected with unmutated strains.

"In a matter of months, this variant went from being practically undetectable to being the predominant variant circulating in California," says Raul Andino, PhD, a professor of microbiology and immunology at UCSF, and a co-senior author on the study.

Next, the researchers sought to better understand how the distinct mutations to the spike protein affected the California variant's ability to infect human cells.

To perform these studies safely, Ott and her team at Gladstone generated "pseudoviruses," harmless viruses that contain SARS-CoV-2 spike proteins with different mutations. This allowed the scientists to compare how the mutations affect the virus's ability to infect both individual cells and lung organoids--lab-grown, multicellular, miniature versions of a lung.

"This suggests that the L452R mutation enhances the ability of the virus to enter a cell, which could explain why the California variant has increased transmissibility," Ott says.

The researchers also conducted lab experiments to study how well the immune system's antibodies can neutralize--or block infection by--the new variant. They tested the variant against blood samples from people who had received both doses of either the Pfizer or Moderna vaccine, as well as from people who had previously been infected with what was most likely an unmutated form of SARS-CoV-2.

"Our results send a very strong message that, even if you've already had COVID-19, you may not necessarily be protected against reinfection by this variant," Andino says. "However, the vaccines do appear to protect against it."

These findings highlight the importance of getting vaccinated--and making sure to receive both doses to maximize the effects of vaccination. This is in line with research on other concerning variants emerging around the world.

"It appears that vaccination largely remains effective against all of the circulating variants that are known so far," Chiu says.

However, Chiu notes, the new study underscores the need for a robust surveillance system to closely monitor the emergence and spread of new variants. Such a system was lacking in California at the time the new variant emerged, Chiu says, but recent improvements mean that future variants may be detected more quickly.

"We are entering a new phase of the pandemic, where the virus continues to spread despite the availability of vaccines," Andino says. "We may eventually see the emergence of a variant that's partially or completely resistant to vaccination, so we must stay vigilant."

Ott notes that this is a quickly evolving situation, because it is unclear for how long the new variant will remain prevalent in California or other locations. In fact, a different variant known as B.1.1.7 is currently increasing in prevalence in California.

"What's more, our antibody experiments were performed with blood plasma from newly vaccinated people, so it will be important to see how the vaccine holds up in the long term," Ott says.

For now, the researchers are getting to know the new variant in even greater detail. They are conducting studies in animal models to tease out any subtle differences between the two lineages, which have so far appeared to be quite similar. They are also examining patient data to see if the new variant causes more severe cases of COVID-19 than other variants.

Key to the new findings and ongoing investigations is the researchers' dedication to fruitful collaboration.

"Our work is a great example of how the scientific community has rapidly risen to the occasion in a time of need and concern for the public," Ott says. "With this collaborative sprit, we are reaching across institutions and scientific disciplines; just doing whatever is necessary to help."