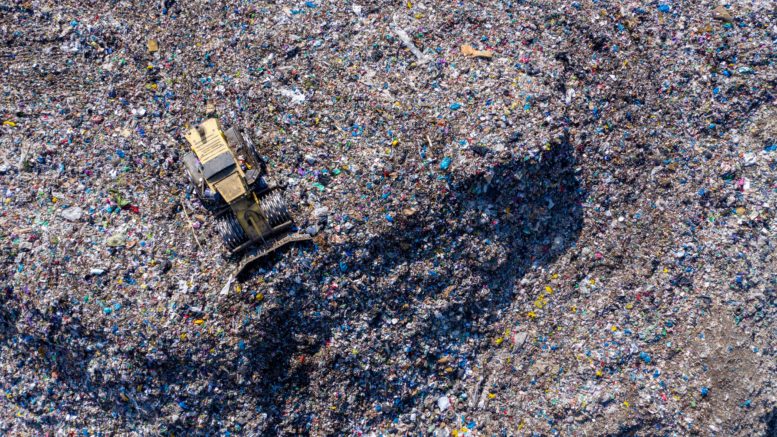 Municipal solid waste is trash -- such as plastic, food scraps and lawn clippings -- that goes into garbage bins and doesn't get recycled. Most of this waste is buried in landfills or is incinerated. Now, researchers reporting in ACS' Environmental Science & Technology have shown that when disposed of in this way, municipal solid waste can be an important source of antibiotic-resistance genes in the air.

Residual antibiotics from discarded medications and other products can end up in municipal solid waste. Some microbes in the garbage are resistant to those antibiotics, and they can spread resistance genes to other bacteria, allowing them to survive in the presence of these drugs. But scientists hadn't studied whether treating the garbage through incineration or landfilling releases these bacteria and genes into the air, where people or animals could breathe them in. So Yi Luo, Xiangdong Li and colleagues wanted to investigate the bacterial community and associated antibiotic-resistance genes in the municipal solid waste treatment system of Changzhou, a city in eastern China.

The researchers collected air samples surrounding a landfill site, a municipal solid waste incinerator and two transfer stations (where garbage is delivered and processed). Air from both the municipal incinerator and the landfill site had higher levels of particulate matter and bacteria than upwind locations. The team identified 16 antibiotic-resistance genes in the air samples and tracked their source to municipal solid waste and leachate in the system. The genes were much more abundant in air downwind from the facilities than upwind. These results suggest that municipal solid waste treatment systems could be a reservoir of antibiotic-resistance genes that can be transmitted to nearby residents who breathe the air, the researchers say.

The authors acknowledge funding from the National Natural Science Foundation of China, the China National Science Fund for Distinguished Young Scholars, the Ministry of Education of the People's Republic of China and the Fundamental Research Funds for the Central Universities.

Be the first to comment on "Burying or Burning Garbage Boosts Airborne Bacteria, Antibiotic Resistance Genes"