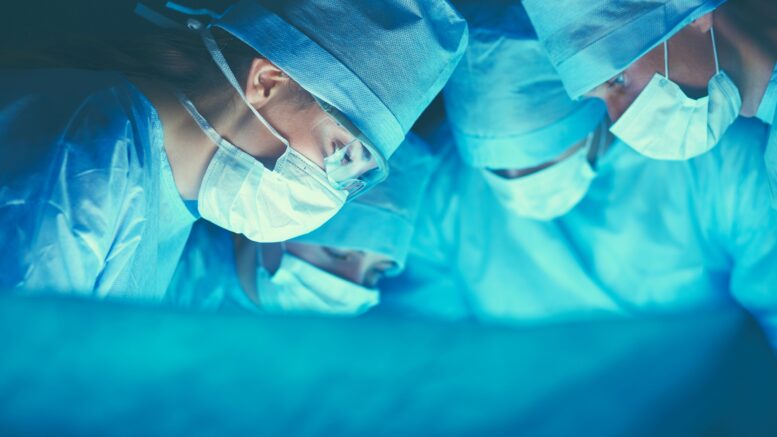 The widely used disinfectant chlorhexidine gluconate (CHG) appears to be the most effective irrigation solution for use as part of the surgical treatment of bone tumors, suggests an experimental study in The Journal of Bone & Joint Surgery.

Of the various solutions used to eliminate remaining tumor cells after surgery, a 0.05% CHG solution appears to be most effective in killing cultured bone tumor cells, according to the laboratory study by Matthew J. Thompson, MD, of the University of Washington, Seattle, and colleagues.

Some patients with bone tumors undergo a surgical procedure called intralesional curettage. In this procedure, the tumor is scraped away while preserving as much healthy bone as possible. A common adjuvant treatment is to irrigate the operative area of the bone with some kind of chemical solution. This irrigation is performed to reduce the number of remaining cells that could potentially lead to tumor recurrence and reseeding.

Several different solutions have been used for irrigation of the tumor bed, including saline, ethanol, and various disinfectants. Thompson and colleagues performed a series of experiments to determine which of these solutions has the greatest cytotoxic (cell-killing) effects against bone tumor cells.

The experiments used cultures of two types of bone tumors: giant cell tumor, a benign but aggressive tumor; and chondrosarcoma, a type of bone cancer. Tumor cell cultures were treated with one of six different solutions – sterile water, 0.9% saline, 70% ethanol, 3% hydrogen peroxide, 0.05% CHG, and 0.3% povidone-iodine. Cytotoxicity was compared for the different treatments.

Of the six treatments, only CHG had cell-killing effectiveness equivalent to a control solution with 100% cytotoxicity, and this outcome was observed regardless of the treatment period (i.e., 2 minutes or 5 minutes).

None of the other solutions approached the cell-killing effectiveness of CHG. Only two solutions (sterile water and hydrogen peroxide) were superior to a control treatment with low cytotoxicity. The other three solutions tested – saline, ethanol, and povidone-iodine – showed little or no cytotoxicity.

Chlorhexidine is a familiar disinfectant with various medical uses, including as a topical antiseptic agent before surgery. The researchers write, "[CHG] is commonly used and readily available, with demonstrated in vivo safety in other surgical applications and a lower predicted toxicity compared with some currently used agents."

The new study shows that CHG is highly effective in killing bone tumor cells – at least under laboratory conditions. "Therefore, the use of a 0.05% CHG solution clinically could serve as a potential chemical adjuvant during intralesional curettage of chondrosarcoma and [giant cell tumors]," Thompson and coauthors conclude.

The researchers emphasize that further studies will be needed to evaluate the outcomes of CHG irrigation in patients undergoing surgery. Thompson comments: "We believe it is important to continue to explore better ways to achieve durable local control of benign aggressive tumors like giant cell tumor of bone, which are associated with a high risk of local recurrence when treated with conventional extended intralesional curettage."