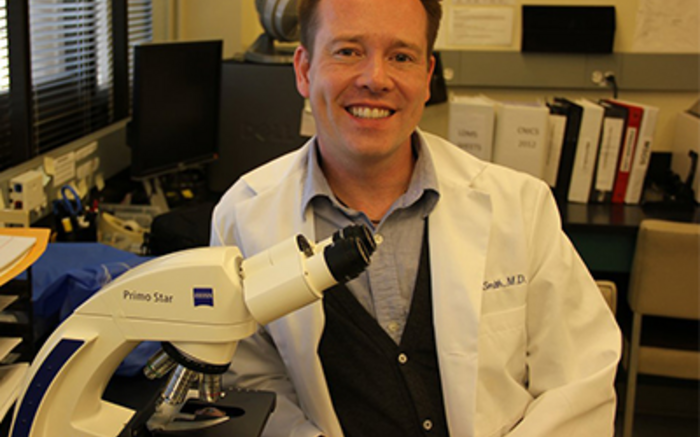 Researchers at University of California San Diego School of Medicine, with colleagues from the ACTIV-2 trial, part of the U.S. government’s response to COVID-19, investigated whether symptoms of COVID-19 recurred following a two-day symptom-free period in persons who did not receive any treatment for the disease.

They sought to determine whether such recurrences might be different from those that have been documented in persons treated with Paxlovid, a phenomenon known as Paxlovid rebound.

Writing in the Oct 27, 2022 issue of JAMA Network Open, the scientists tracked 13 defined COVID-19 symptoms for 29 days in 158 untreated study participants. They found that more than one-third of the participants who reported complete resolution of symptoms for at least two consecutive days subsequently reported a return of symptoms.

”It is clear that COVID-19 has waxing and waning of symptoms, whether they are treated or not,” said the study’s lead author Davey M. Smith, MD, head of Infectious Diseases and Global Public Health at UC San Diego School of Medicine and an infectious disease specialist at UC San Diego Health.

In late-2021, the Food and Drug Administration issued an emergency use authorization for Paxlovid, a combination of two oral antiviral drugs (nirmatrelvir and ritonavir) that has since become the primary frontline treatment for COVID-19. Clinical trial data suggests Paxlovid significantly reduces the risk of severe illness, hospitalization and death.

But treatment efficacy has proven ephemeral in some cases, with a minority of patients experiencing either a reemergence of COVID symptoms after the five-day course of Paxlovid treatment or testing positive for the SARS-CoV-2 virus after a previous, negative test.

Earlier this year, Smith and colleagues published a study that suggested Paxlovid rebound did not appear to involve drug resistance or impaired immunity, but might be a case of insufficient drug exposure. Other studies have reported similar results.

“COVID rebound is a real phenomenon. It is complex, involving multiple factors, and its biological underpinnings remain unclear. More research is required,” said Smith. “In this latest study, however, we wanted to see if symptom rebound also occurred during the natural history of COVID-19.”

To do so, they assessed eligible participants in a 2020 clinical trial assessing the safety and efficacy of an investigational drug to treat COVID-19. These study volunteers, however, had received a placebo. During the trial, participants completed a daily symptom diary, including weeks after initial resolution of their COVID-19 symptoms. At 28 days post-enrollment in the study, 108 of 158 participants (68 percent) said their symptoms had completely resolved, but 48 participants (30 percent of the total group) subsequently reported that at least one defined symptom had returned.

Most (85 percent) of the participants with recurring symptoms described them as mild; 15 percent as moderate; none as severe. The most common relapsing symptoms were cough, fatigue and headache. Eight of the 158 participants were hospitalized for their illnesses, but there were no deaths and none involved participants who had achieved symptom resolution, then experienced recurrence.