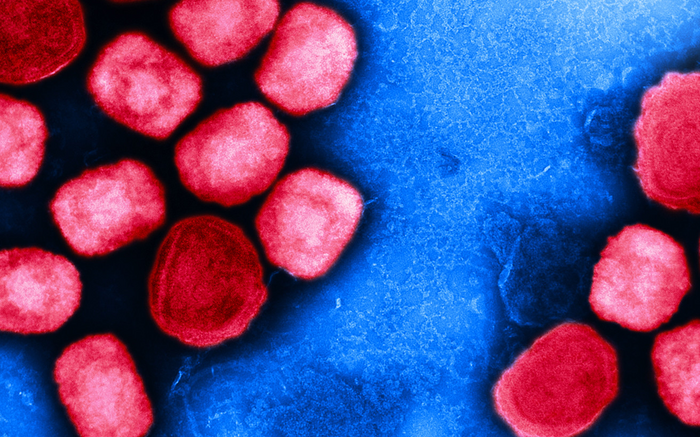 A UK study published by The BMJ today found evidence for “substantial” monkeypox transmission before symptoms appear or are detected (known as pre-symptomatic transmission).

Transmission was detected up to a maximum of four days before the onset of symptoms, and the researchers estimate that more than half (53%) of transmission occurred in this pre-symptomatic phase, meaning that many infections cannot be prevented by asking individuals to isolate after they notice their symptoms.

In a linked editorial, researchers say that if these findings are supported by other studies, pre-symptomatic transmission “would have important implications for infection control globally.”

Since the international outbreak of monkeypox in May 2022, more than 70,000 cases have been recorded globally, with just over 3,500 cases in the UK.

Although case numbers are now declining, it’s still important to understand the “transmission dynamics” of the virus -- for example, how it spreads from one person to another and how quickly symptoms appear -- to help inform policy decisions and future interventions.

While previous research on pox viruses did not rule out transmission prior to symptoms, this work represents the first evidence to support this.

To explore this further, researchers at the UK Health Security Agency set out to analyse the transmission dynamics of the monkeypox outbreak in the UK.

Their findings are based on routine surveillance and contact tracing data for 2,746 individuals who tested positive for monkeypox virus in the UK between May 6 and August 1, 2022. Their average age was 38 years and 95% reported being gay, bisexual, or men who have sex with men.

To estimate this, they linked information on exposure and symptom onset dates from these individuals to their contacts through contact tracing case questionnaires, which they then analyzed using two statistical models.

The models were adjusted for several biases common to virus outbreaks, such as changes in infection rates over time, that would otherwise affect the results.

For both models, the median serial interval was between 0.3 and 1.7 days shorter than the median incubation period, indicating that considerable transmission is occurring before the appearance or detection of symptoms.

Analysis of individual level patient data, collected from a subset of patients with more detailed information, seemed to confirm this explanation, with 10 out of 13 case-contact patient pairs reporting pre-symptomatic transmission. Four days was the maximum time that transmission was detected before symptoms appeared.

Based on these results, the researchers say an isolation period of 16 to 23 days would be required to detect 95% of people with a potential infection.

These are observational findings, and the researchers point to several limitations, such as relying on contact tracing to identify the correct case-contact pairs and the self-reported data on date of symptom onset. What’s more, the results may not necessarily be directly applicable to other populations with different transmission patterns.

Nevertheless, this was a large study using robust methods and adjusting for key biases that are present in the data, providing greater confidence in the conclusions.

These findings have important implications for isolation and contact tracing policies, say the researchers, adding that backward contact tracing strategies (tracing from whom disease spreads) should account for a pre-symptomatic infectious period when trying to find the contacts of confirmed cases.

In a linked editorial, researchers based in the U.S., UK and Nigeria argue that pre-exposure vaccination and vaccine equity are urgently needed worldwide.

Vaccination is likely to be more cost effective than managing the consequences of preventable infections, including hospital admissions, loss of income during isolation, and long term complications, they explain.

However, they point out that many of the public health measures that have been critical during monkeypox outbreaks in high income countries remain unavailable in much of Africa.

“As the monkeypox outbreak declines in Europe and North America, we have a responsibility to deploy effective tools for viral control on a global level -- not just in wealthy nations,” they write. “These tools include research into understanding transmission dynamics in African settings and the inclusion of endemic countries in vaccine trials.”