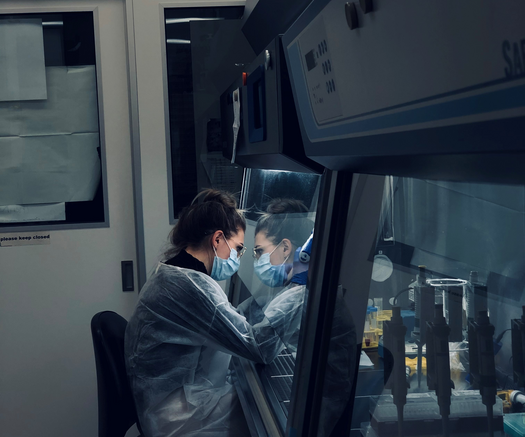 Although the coronavirus known as SARS-CoV-2 does not infect nerve cells, it can cause damage to the nervous system. Researchers from the University of Basel and University Hospital Basel have studied the mechanisms responsible for this effect, known as “neuro-Covid,” and identified starting points for its prevention.

It’s not uncommon for people to lose their sense of taste and smell due to a Covid-19 infection. In others, the disease has had an even stronger impact on the nervous system, with effects ranging from lasting concentration problems to strokes. Now, researchers led by professor Gregor Hutter from the Department of Biomedicine at the University of Basel and University Hospital of Basel have reported new insights into the development of “neuro-Covid” in the journal Nature Communications.

Specifically, the team investigated how different severities of neuro-COVID can be detected and predicted by analyzing the cerebrospinal fluid and blood plasma of affected individuals. Their findings also offer some indications of how to prevent neurological damage due to Covid-19.

The study included 40 Covid-19 patients with differing degrees of neurological symptoms. In order to identify typical changes associated with neuro-Covid, the team of researchers compared these individuals’ cerebrospinal fluid and blood plasma with samples from a control group. They also measured the brain structures of test subjects and surveyed participants 13 months after their illness in order to identify any lasting symptoms.

Particularly in the group with the most serious neurological symptoms, the researchers identified a link with an excessive immune response. On the one hand, affected individuals showed indications of impairment of the blood-brain barrier, which the study’s authors speculate was probably triggered by a “cytokine storm” – a massive release of pro-inflammatory factors in response to the virus.

On the other hand, the researchers also found antibodies that targeted parts of the body’s own cells – in other words, signs of an autoimmune reaction – as a result of the excessive immune response. “We suspect that these antibodies cross the porous blood-brain barrier into the brain, where they cause damage,” explains Hutter. They also identified excessive activation of the immune cells specifically responsible for the brain – the microglia.

In a further step, Hutter and his team investigated whether the severity of neurological symptoms is also perceptible in brain structures. Indeed, they found that people with serious neuro-Covid symptoms had a lower brain volume than healthy participants at specific locations in the brain and particularly at the olfactory cortex – that is, the area of the brain responsible for smell.

“We were able to link the signature of certain molecules in the blood and cerebrospinal fluid to an overwhelming immune response in the brain and reduced brain volume in certain areas, as well as neurological symptoms,” says Hutter, adding that it is now important to examine these biomarkers in a greater number of participants. The aim would be to develop a blood test that can already predict serious cases, including neuro-Covid and long Covid, at the start of an infection.

These same biomarkers point to potential targets for drugs aimed at preventing consequential damage due to a Covid-19 infection. One of the biomarkers identified in blood, the factor MCP-3, plays a key role in the excessive immune response, and Hutter believes there is the potential to inhibit this factor medicinally.

“In our study, we show how coronavirus can affect the brain,” he says. “The virus triggers such a strong inflammatory response in the body that it spills over to the central nervous system. This can disrupt the cellular integrity of the brain.” Accordingly, Hutter says that the primary objective must be to identify and halt the excessive immune response at an early stage.