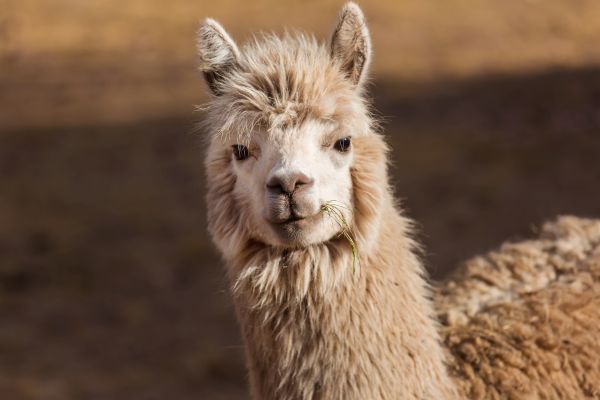 Mount Sinai-led researchers have shown that tiny, robust immune particles derived from the blood of a llama could provide strong protection against every COVID-19 variant, including Omicron, and 18 similar viruses including SARS-CoV-2 and SARS-CoV-1, which was responsible for the 2003 SARS outbreak.

In a paper published in Cell Reports on June 28, the team suggests that these “super-immunity” molecules, known as nanobodies, could be precursors to a fast-acting, inhalable antiviral treatment or spray that could potentially be stockpiled and used globally against the evolving pandemic and future viruses.

Compared to the rest of the animal kingdom, llamas, camels, and alpacas have unique immune systems: they produce antibodies with a single polypeptide chain instead of two. This construct results in antibodies that are roughly one-tenth the size of normal ones, are exceptionally stable, and can firmly bind to disease targets. Because of these unique properties, researchers can readily link multiple nanobodies like a daisy chain, so if a virus attempts to escape by mutating, another nanobody is ready to keep it in check.

“Because of their small size and broad neutralizing activities, these camelid nanobodies are likely to be effective against future variants and outbreaks of SARS-like viruses,” says lead author Yi Shi, PhD, associate professor of pharmacological sciences and director of the Center of Protein Engineering and Therapeutics at the Icahn School of Medicine at Mount Sinai. “Their superior stability, low production costs, and the ability to protect both the upper and lower respiratory tracts against infection mean they could provide a critical therapeutic to complement vaccines and monoclonal antibody drugs if and when a new COVID-19 variant or SARS-CoV-3 emerges.”

As a critical part of their study, Shi’s team immunized the llama, named “Wally,” with the SARS-CoV-2 receptor binding domain (RBD), the short fragment or spike of the virus that latches onto the protein on the surface of human cells to gain entry and spread infection. They found that repeated immunization with the RBD resulted in Wally producing nanobodies that recognized not just SARS-CoV-2, the virus that causes COVID-19, but a vast array of other coronaviruses—conferring what researchers referred to as “super-immunity.” From this discovery, the team isolated and validated a large repertoire of highly potent antiviral nanobodies effective against a broad spectrum of SARS-like viruses.

“We learned that the tiny size of these nanobodies gives them a crucial advantage against a rapidly mutating virus,” explains co-author Ian Wilson, PhD, Hansen Professor of Structural Biology and Chair of the Department of Integrative Structural and Computational Biology at Scripps Research in La Jolla, Calif. “Specifically, it allows them to penetrate more of the recesses, nooks, and crannies of the virus surface, and thus bind to multiple regions to prevent the virus from escaping and mutating.”

From this structural information, the team designed an ultrapotent nanobody that can simultaneously bind to two regions on the RBD of SARS-like viruses to prevent mutational escape. The resulting molecule (PiN-31) is extremely stable and, in its aerosolized form, can be used as an inhaled treatment or spray, which the same team showed in previous work can be effective against SARS-CoV-2.

“While more research is needed, we believe that the broad protection, ultrapotent nanobodies we were able to isolate in the lab can be harnessed for use in humans,” says Shi, who conducted most of the research at the University of Pittsburgh before moving his lab to Icahn Mount Sinai. Increasing the attractiveness of this potential form of treatment, these highly versatile antiviral agents can be rapidly produced virtually anywhere from microbes such as E.coli or yeast cells, he adds. In the past, nanobody therapies have been clinically proven as safe and effective against human diseases, such as a blood clotting disorder and cancer.

“Winning the race against the current pandemic, as well as future viral outbreaks, will depend on fast development and equitable distribution of an arsenal of cost-effective and convenient technologies,” Shi emphasizes. “We strongly believe that the novel, inhalable, and extremely potent nanobodies we’ve discovered can meet that demand on a global scale, particularly in developing countries that are most vulnerable to viruses and the lack of therapies to treat them.”