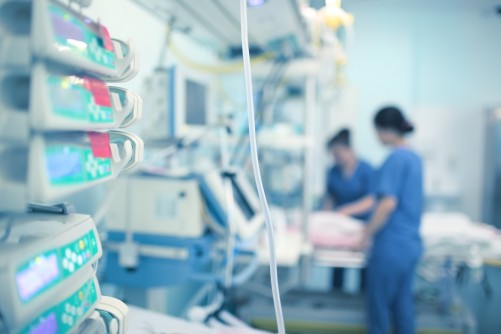 A new study published online in the Annals of the American Thoracic Society examines ways to increase the use of prone positioning for patients with severe acute respiratory distress syndrome (ARDS), and develops specific implementation strategies that can assist in clinicians’ response to the COVID-19 pandemic. Prone positioning has been shown to reduce mortality related to severe ARDS, yet most patients with ARDS—up to 85 percent—do not receive this lifesaving therapy.

In “Improving Prone Positioning for Severe ARDS during the COVID-19 Pandemic: An Implementation Mapping Approach,” Meeta Prasad Kerlin, MD, MSCE, an associate professor of medicine in the Perelman School of Medicine at the University of Pennsylvania, and co-authors conducted a multifaceted study to help determine why prone positioning is rarely used as an initial therapeutic strategy for patients with ARDS, as well as ways to address these potential barriers. First, the team conducted semi-structured interviews with a diverse, representative group of 30 clinicians who staffed 30 ICUs within the University of Pennsylvania Health System (Penn) and the University of Michigan Medical Center. They analyzed common themes arising from these interviews, using the Consolidated Framework for Implementation Research (CFIR), a systematic tool to identify factors that might influence intervention implementation and effectiveness.

“Just as we use evidence-based approaches to care for patients, we sought to use evidence-based approaches to conduct this project,” said Kerlin of the Palliative and Advanced Illness Research Center (PAIR) at Penn Medicine. “The advantage of all of these frameworks and the implementation mapping approach are that they provide guides for a complex process that help us to be robust and complete in identifying and assessing barriers and facilitators and in developing strategies with a stakeholder group.”

Based on the researchers’ identification of five broad themes that determine the use of prone positioning, their task force developed five specific implementation strategies. While they rapidly applied elements of these strategies at Penn, their intention in publishing this research was to provide potential ways for other hospitals and health systems to quickly increase the use of prone positioning for severe ARDS, both related and unrelated to COVID-19.

Prone positioning requires the assistance of a number of individuals, and many interviewees stated that a lack of adequate staffing created a barrier to enacting this therapy, especially during the night. Many agreed that having a dedicated team available to provide additional staff members when needed would ensure more use of prone positioning.

Interviewed clinicians also revealed that the culture of the ICU team contributed to the use—or lack of use—of prone positioning. Many believed that individuals in key positions such as an ICU medical director or nurse supervisor could change ICU culture, and that team dynamics were also an important factor.

Kerlin noted, “Prior to a large randomized trial that demonstrated a benefit to early prone positioning, several studies had evaluated it as a late intervention. These early studies were largely negative, and people became aware of this as a therapy that one tries at the end, as a salvage. Many people may still rely on that older belief and culture. In addition, there are those who believe strongly in an alternative therapy, extracorporeal membrane oxygenation (ECMO), and in institutions where ECMO is available, some people mentioned a strong culture around considering that first, even though there is absolutely no evidence that ECMO should come before prone positioning in the sequence of treatments.”

In the first few months of the COVID-19 pandemic, it became evident to Dr. Kerlin and colleagues that there would be a major demand to scale up their practice of prone positioning across the board, and that many clinicians (doctors, nurses, respiratory therapists) who had little or no experience with prone positioning would rapidly need to get comfortable with it. As a result, the health system quickly adopted several of the strategies that were described in the paper.

Penn Medicine has an inter-hospital Critical Care Alliance, a group of ICU leaders from all six of the health system’s hospitals, that led development and dissemination of educational materials (including an educational video and an infographic document) and provided guidance for the hospitals to create prone positioning teams. One of the hospitals already had a clinical protocol and electronic health record (EHR) tools for prone positioning; these were disseminated to the other hospitals. One of the study’s co-authors, Barry Fuchs, MD, had led the development of an ICU dashboard to display real-time quality metrics, and it was modified to include a prone positioning alert, which identifies eligible patients and visually displays whether or not a patient has an order for prone positioning.

“As the COVID-19 census has waned, some of the resources put towards their care, such as some of these strategies, have faded with time,” said Kerlin. “In our next phase of research, we hope to conduct studies to test the effectiveness of some of these specific strategies in improving the utilization of prone positioning.”